HomeEuropeFranceParis10 Amazing Things at The Louvre that Aren't the 'Mona Lisa'

10 Amazing Things at The Louvre that Aren't the 'Mona Lisa'

You can't wait to see the Louvre? We made a list of Top 10 masterpieces to see besides the Mona Lisa in Louvre Museum.

All right, you did it: you are here in Louvre, the best-known France Museum. It is also well-known for the presence of the most renowned paint in the world, the Leonardo's Mona Lisa.
What are you gonna do? Are you gonna see the Mona Lisa then heading back to the hotel? Please, don't.
To prevent this disgraceful behavior, we made a list of Top 10 masterpieces to see besides the Mona Lisa in Louvre Museum. 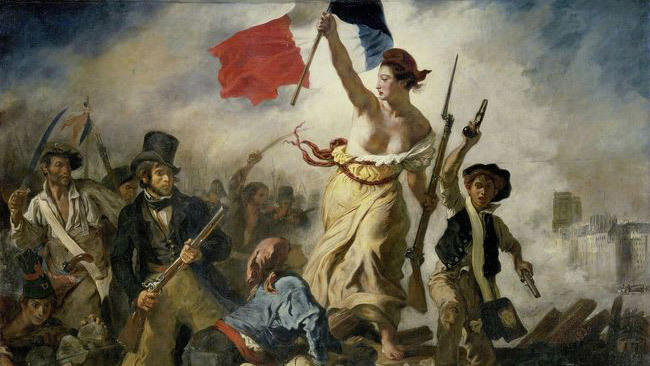 This iconic painting is often mistaken for a representation of the French Revolution and sometimes even used to depict it. In fact, Delacroix painted another riot, that occurred 40 years after the Storming of the Bastille. This event is known as the July Revolution of 1830 and toppled King Charles X of France. It signed the end of  Bourbon Restoration and foreshadowed the better-known revolutions of 1848, spread in all of Europe.
In the painting, we see Marianne, the personification of France, standings on barricades, leading the riot and aiming for a better future. 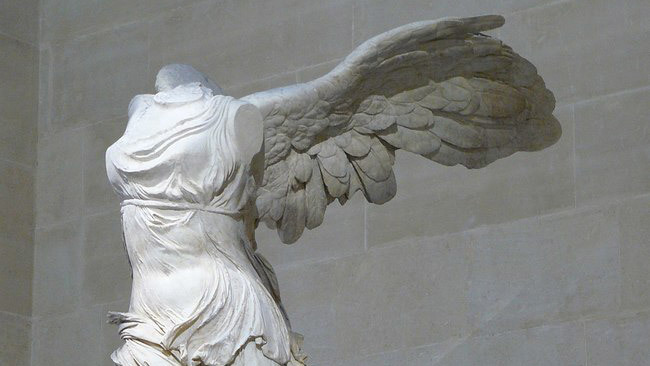 Do you know what the name of the Goddess of Victory in Ancient Greece was?
She was called Nike, like the well-known sports brand. Now, look at this statue.
Yes, the world-famous logo comes from a stylization of this winged, beheaded goddess.  It is one of a small number of major Hellenistic statues surviving in the original, rather than Roman copies, and its historical importance is unquantifiable.
The statue is 244 centimeters (8.01 ft) high, and it was originally erected to celebrate an impressive naval victory by Macedonian General Demetrius Poliorcetes. Now it dominates the Louvre’s Daru stairs. 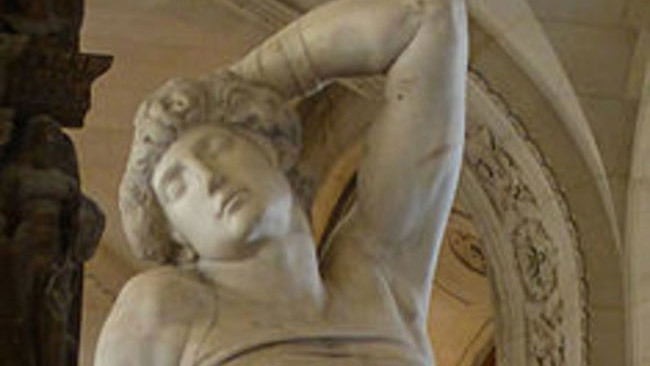 Leonardo isn't the only Italian artist exposed here. The Michelangelo's Dying Slave is a masterpiece initially commissioned for Pope Julius II’s tomb. The figure barely stands, and the clue of the work is to suggest the moment before the death when life is about to leave the body.
The statue is over two meters tall, and it's an elegant example of Renassaince techniques and Michelangelo's expressive power as well. 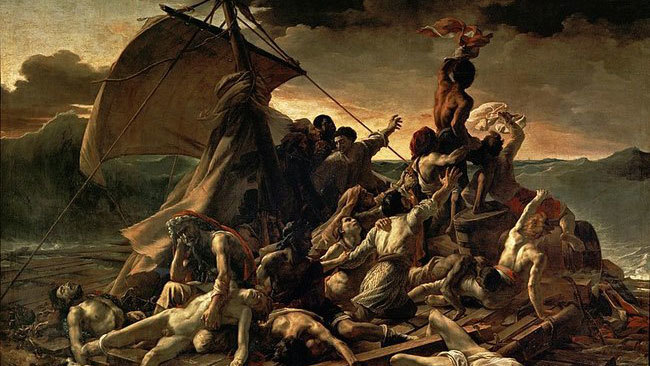 This tragic scene painted by Théodore Géricault has become a classic example of Romanticism's composition techniques. This painting is about the wreck of the French naval frigate Méduse and depicts the survivors looking for help on a raft. It was a really tragic event that shocked people of the time because those who survived endured starvation and dehydration and even practiced cannibalism.
Géricault chose to show all the suffering of those people while using a dynamic composition to suggest the stirring power of hope. 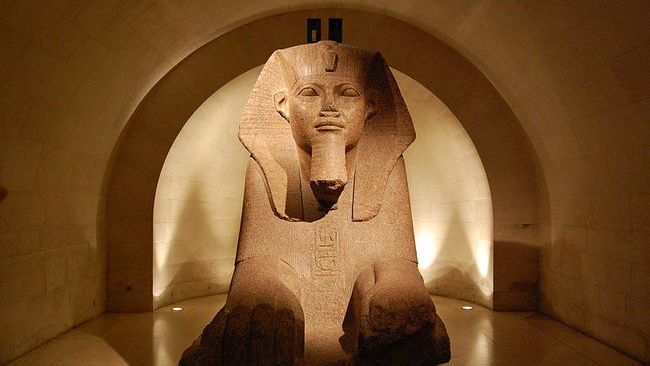 Not all Sphinx are colossal, not all Sphinx are in Egypt.  This statue is one of the largest Sphinx one of the largest sphinxes outside of Egypt. When we say it's not colossal, we don't suggest it's small by any mean. This iconic mythological creature is 1,83 meters tall and 4,80 meters long.
It was found in 1825 among the ruins of the Temple of Amun at Tanis during the great era of Egyptology, a science born right here in France thanks to Napoleon campaigns. 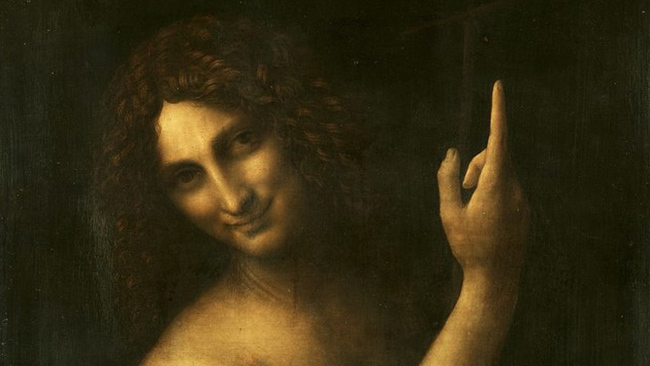 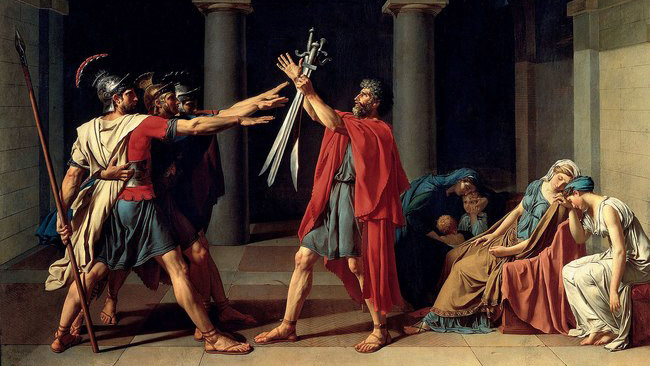 This large painting by David tells a heartbreaking story. It shows the moment when three Roman brothers, the Horatii, swear to fight three other young men from a near town to settle a geopolitical issue without going to war. It was like the medieval Trial by combat but between two countries. The most tragic detail is on the side: the sweeping woman is the sister of the Roman fighters and betrothed to one of the enemies as well. She is in a lose-lose situation.
The composition is considered to be the peak of Neo-classical style: a quiet and solemn balance, the opposition of Romanticism dynamism. 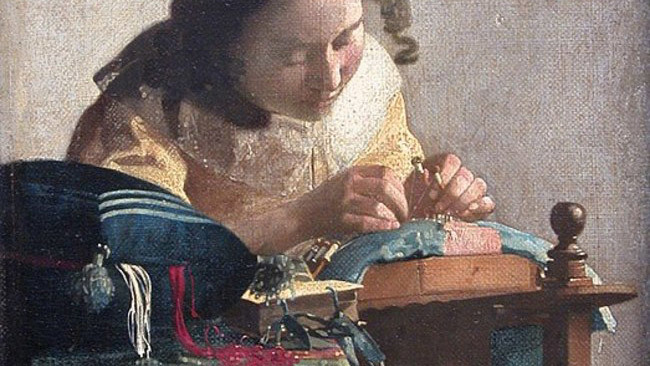 This painting by Jan Vermeer is simple only at first glance. It depicts a young woman holding up a pair of bobbins in her left hand as she carefully places a pin in the pillow on which she is making her bobbin lace. While the subject has its own tradition -the realistic depiction of menial jobs-, this painting has a certain aura. It's like it is not realistic at all, but symbolic, almost abstract. According to the words of art historian Lawrence Gowing: "There is only one 'Lacemaker': we cannot imagine another. It is a complete and single definition." 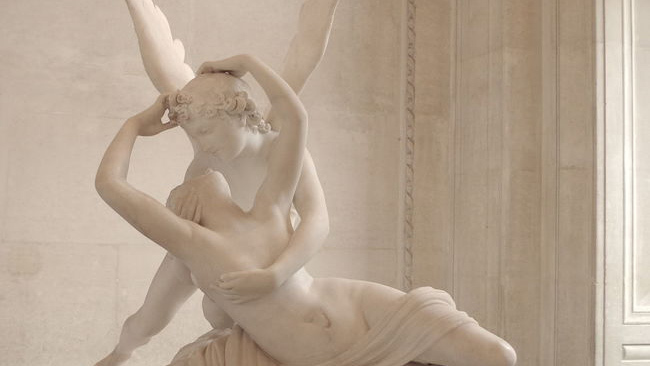 If David's Horatii is the peak of Neo-classical style in painting, this world-famous work by Canova is the peak of Neo-classical style in sculpture.
The story behind it is well-known and comes from the tale Cupid and Psyche as we find it in Lucius Apuleius's Metamorphoses. Psyche is married to Cupid but she has never seen his face, and she doesn't know his identity. One night, she betrays Cupid's confidence and discovers that her lover is a God. Hurt by this betrayment, Cupid left Psyche.
Canova chooses to depict the happy side of the tale when Psyche and Cupid were in love, and the woman wakes up in the arms of her man. 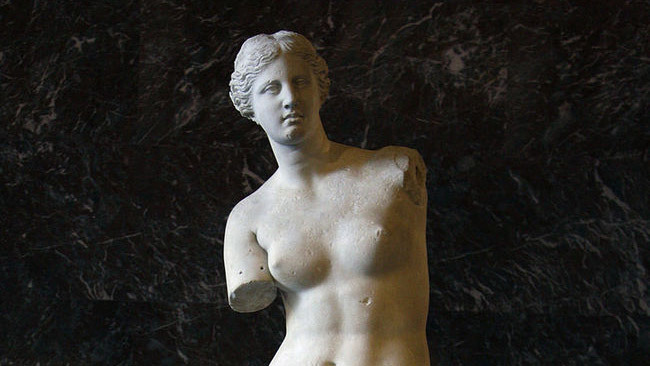 But what was the style Neo-classical artists were trying to reproduce? The Louvre museum has this answer as well. The Venus de Milo is maybe the most famous works of ancient Greek sculpture and among the best preserved one.
The statue is believed to depict Aphrodite, the Greek goddess of love and beauty even if its best-known in her Roman name: Venus.
While the Winged Victory of Samothrace has this major issue with her head, the Venus miss her arms. Still, her charm comes also from this missing parts. It's like the absence of the arms make the sculpture more harmonious and iconic than it will ever be in its intact form.