HomeEuropeFranceParisWhy this is not the end of Notre Dame

Why this is not the end of Notre Dame

Is the burning of Notre-dame Cathedral its end? History teaches us that a disaster is followed by a rebirth. 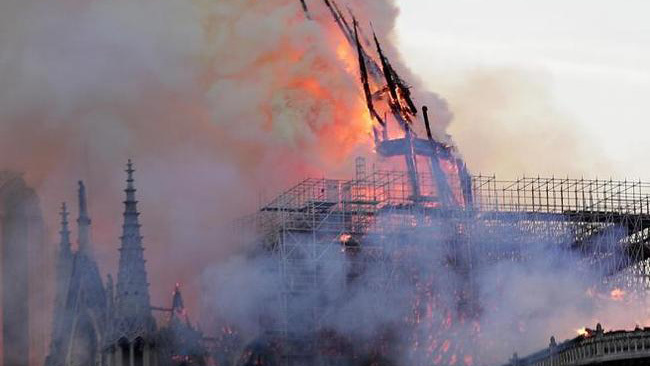 During yesterday afternoon, something unexpected and unforgettable happened in Paris.
A huge fire swept through the world-famous Notre-Dame Cathedral in the heart of Paris, making the iconic spire of the almost millennium-old building to collapse.
The fire went on until 4.00 am and the cause of the blaze is still under investigation.
"We will rebuild,"  the President of the French Republic Macron told to the media "We will rebuild Notre Dame because this is what the French expect because this is what our history deserves because it is our destiny."
What was this history? Let's recap it.

The History of Notre-Dame 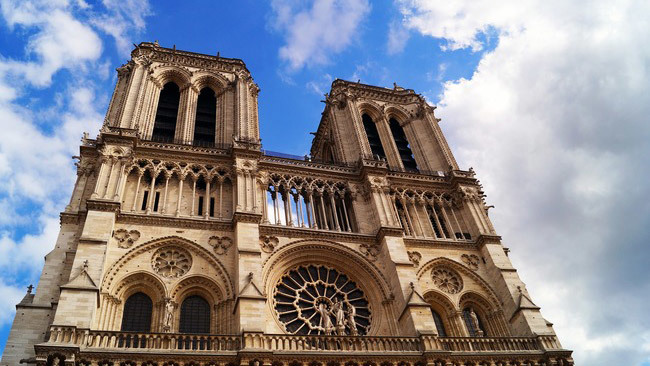 The construction began in 1163, under the reign of King Louis VII, and was completed in 1345.
It is located in the center of Paris, on the L'Île de la Cité, the little island where the medieval city was refunded.

Notre Dame was involved in many historical episodes that shaped the identity of Paris.
For example, two iconic rulers of France were crowned here, with almost 400 years between them. First, Henry VI of England was made the king of France inside Notre-Dame in 1431, then Napoleon himself reproduced this symbolic scene being crowned emperor there in 1804.
After roughly 100 years, in 1909, the people of France remembered another iconic character of their shared past: Joan of Arc, who had helped France battle the English and was burned at the stake centuries earlier, was beatified in the cathedral by Pope Pius X.
In 1991, UNESCO declared Notre-Dame a World Heritage Site. Since then, it's fame only grew stronger and now it is the most visited attraction in France, making over 13 million visitors per year.
And now? It's over for good?
Not really.

Due to the work of agencies like UNESCO, a noble work to be clear, we have a static view on the world of art, especially on the architectural side.
Nowadays we all agree that preserving masterpieces from natural catastrophes and human destruction is an unquestionable value, but it didn't go this way forever.
In the past centuries, many buildings, palaces, monuments, and even entire cities were destroyed and rebuilt over and over. And sometimes their artistic value comes from this process.
Take, for instance, the Mosque-Cathedral of Córdoba, one of the best gem in southern Spain. Experts, locals, and tourists love this place BECAUSE it was destroyed, rebuilt and changed many times.

As you can read here, this place of worship did live several different lives since the 7th Century until now. And this is its value: the Mosque-Cathedral of Cordoba tells us the Spanish and European history with its everchanging style and the progression of its aesthetics.
You could think this is an exception and you would be partially right: the Mosque-Cathedral is, in fact, an exceptional case. But almost every monumental building we know and love has built and rebuilt, at least everyone with many centuries over its shoulder.
And Notre-Dame? Notre-Dame makes no exception.

The rise and fall of Notre-Dame 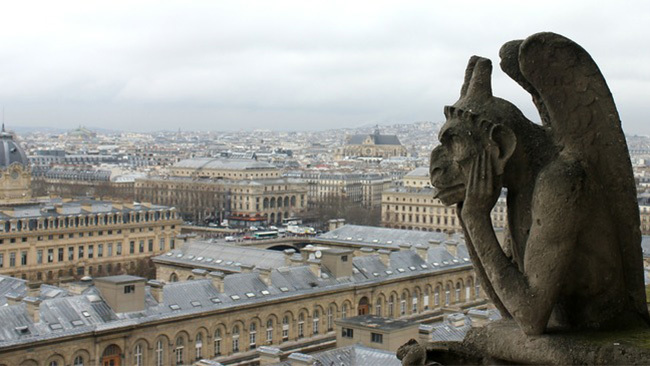 When we said that the construction began in 1163 and was completed in 1345, we didn't mean from that point forward we were all seeing the same cathedral. But we know many people could read it this way.
First of all, in between 1163 and 1345, during those two centuries of "construction", another fire hit the church, damaging a huge part of the roof. But the most surprising thing is another one.
What everybody calls the "iconic spire" of Notre-Dame, including us, is talking about a... 150 years old spire.
Yes, Macron is going to rebuild what they already rebuild, at least one time.

We know that the original Notre-Dame, the one completed in the 14th Century, did have a spire, maybe more than one. But due to the fragile shape, winds, storms and lightning bolts damaged it to the point that has been removed from Notre Dame Cathedral between 1786 and 1791.
In 1831, The Hunchback of Notre-Dame was published by Victor Hugo and the cathedral did gain renowned fame. Under these circumstances, in 1844, two ambitious architects Viollet-le-Duc, Jean-Baptiste-Antoine Lassus, both in their 30s at the time, won a competition for the restoration of Notre-Dame Cathedral.
They rethought and rebuilt the spire we know and we saw burning last Monday. At the time, they were also accused to be too bold with their aesthetic ideas because their neo-gothic attitude was regarded as too extreme and unrealistic.
This is the truth: what we saw as an eternal symbol of Paris, was a copy made trying to mimic what we already lost.
In between 1786 and 1850, Notre-Dame didn't have any spire and you can see in artworks from that time, like this one

As simple as it sounds, we are going to rebuild the spire and restore every part of the cathedral just like we already did many times before.
During the last century, the science conservation and restoration of cultural heritage went so far, perfecting its prevention techniques, that we are no more used to this kind of situation.
But we did it in the past and most of our cultural heritage is "inauthentic": the result of endless rebuilding and reshaping.
A massive collapse is always a misfortune, but a misfortune we can overcome.
From here to one hundred years, the new Notre-Dame spire will not be less "true" than the 1850's one.