Discover more about the history of Matera, one of the world's oldest towns and Learn how Materans developed their city underground 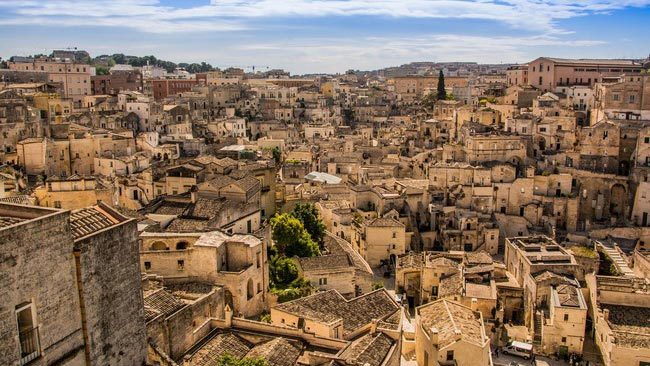 Matera is the third oldest city in the world after Aleppo and Jericho. The name of the town has so many theories around it as some people say it comes from the word "mata" which means our rock. There are so many pieces of evidence in the city of the Stone Age which are in the museums like there Domenico Ridola National Archaeological Museum. Many consider the city to be of Greek origin because it has many symbols of ancient Greece.

Matera city was created during the norman period, and there were city walls that protected it. It remained to be their capital city of basilica until 1806 before it was moved to Potenza city. Later on, in 1927, the city became the capital of the province of Matera and later on in 1943 peter runs against German occupation. The city has become internationally famous because of the ancient town Sassi di Matera which are believed to be among determinants of humans in the now current Italy. The Sassi are dwellings that are dug in the rock. Until recently, this sassy area was considered to be poverty areas since they were not inhabited.

A prosperous Matera of the past was the capital of Basilicata in 1663 and held that position till 1806 when then it was moved to Potenza. Many decades that followed after that, there was an unsuitable population increase that made the inhabitants go to unsuitable grottoes that were intended to stall for animals, these areas did not even have running water. These harsh conditions forced the people to have a fierce and independent spirit. 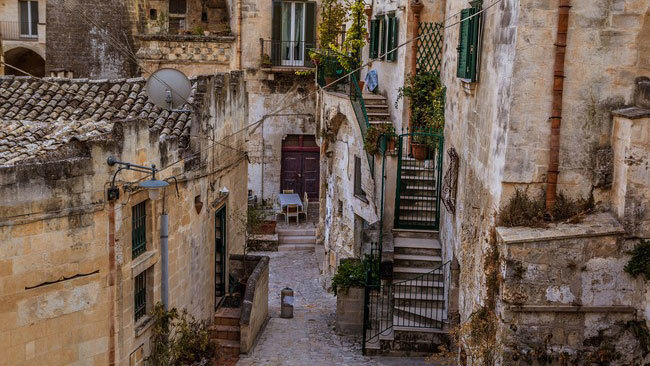 Matera city has large buildings which are related to the Christian faith, also including large churches that are carved from rocks in that region. These churches date back to Christian church history. More than half of Matera's population in the 1950s lived in the Sassi caves and had large families that averaged six children. The infant mortality rate was above 50% and the publicity of many poets of the time made the authorities to take action in the late 1950s, and forcibly relocated many inhabitants from the area to new housing schemes that were made by the government.

The top choice attractions in Matera city that I like is the giant Palombaro Lungo which is magnificent like a cathedral and one of the most significant sites in Matera. Another attraction is the Chiesa San Pietro Barisano, the largest Rupestrian church in MATERA which is where people placed corpses for draining. Casa Noha is another twenty-five-minute exhibit for one to visit in Matera, recommended for visiting Sassi.

Another attraction in Matera is Chiesa di Madonna Delle virtu which is one of the most important for one to visit in the city, and the Chiesa di San Nicola del Greci. This comprises many curved champers with the tufa limestone and have been around from the 10th century and was later restored in the 17th century. 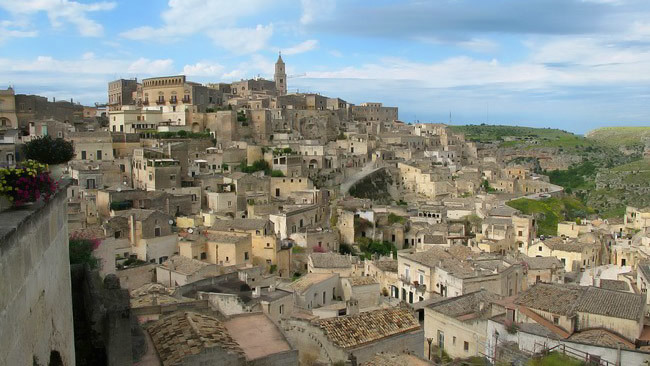 Another popular attraction in Matera in the Museo Della Scultura Contemporanea, which is a very fabulous museum in Matera made of the contemporary structure. It is designed with Italian sculpture which was put on the museum in the 19th century to date; this makes the primary focus on the museum and the many beautiful graphic designs that are made on it with ceramics and jewelry.

The Belvedere is another attraction for the photography enthusiasts. This is the location where the crucifixion in the movie Passion of Christ took place. The place has a fantastic view which is very impressive especially during sunset.

The city has now been awarded as the European Capital of culture for 2019 in Italy, shortlisted among other cities. The city was previously deserted when the inhabitants were resettled, but later on, in the 1970s they began to come back and settle and now Matera's Sassi has been restored and is hosts numerous restaurants, shops, and homes of many people. Matera is now a world heritage site of UNESCO, and the process of rebuilding the city has to meet specific criteria so that the historical integrity of the city is maintained. People who are willing to invest in the city can be granted long-term leases by the Italian government because it owns almost 70% of the land.

Matera is the oldest and continuously inhabited areas in Italy and history also where people have lived for more than 7000 years in the caves. It is a perfect place where one can wander and get lost in, and some people will recommend that you get a guide rather than exploring alone. There are many excellent atmospheric and excellent options where one can stay in Matera. The city has cave restaurants that are classy, bars, shops and good residential areas. One can also combine the visit with another neighboring town like Puglia.