Do you like Wes Anderson? You know his unique dreamy style? What if we tell you there is a bar in Milan where you can join that atmosphere? 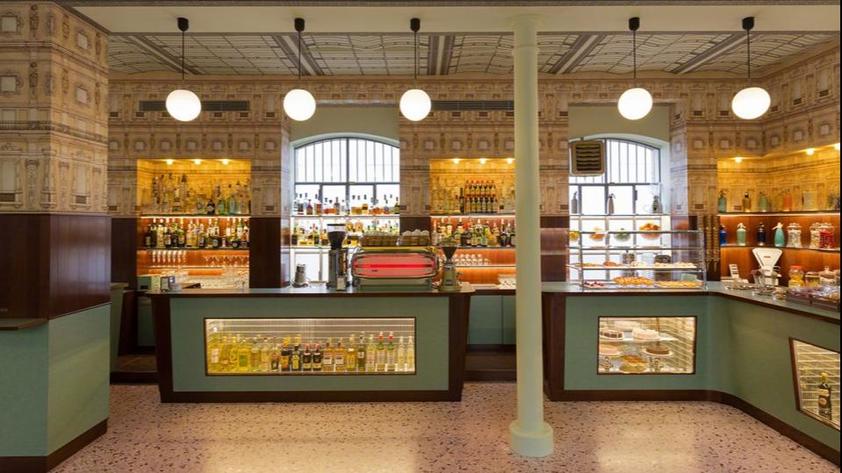 Milan is the more international city in Italy: always up-to-date, surfing new trends and chilling out with the global jet-set. The fashion city, the drinkable city, the cool city. So it's natural to find here the first cafè entirely designed by Wes Anderson, the cult American director.
It is located inside Fondazione Prada, the well-known contemporary art gallery, not so far from the center of the city.
"I tried to make it a bar I would want to spend my own non-fictional afternoons in" declared Wes Anderson about the project.
You may think it's strange a director wants to design a cafè.
So let's dig more into this story! 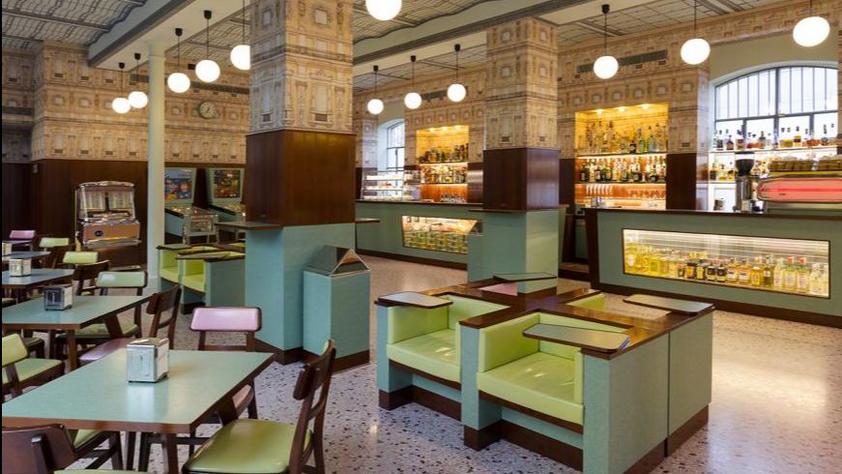 We think there is no contemporary director we would prefer to Wes Anderson regarding the design of a new bar. Making a movie it's not just telling a story and creating interesting characters: it is also inventing a new world.
Every director, to a certain extent, has to create its own world, a place where the characters live according to its rule, its aesthetic, its boundaries. Every director does this, but Wes Anderson is the master.
Half of the charm of his movies come from the general aesthetics: not from the story, not from the still memorable characters, but from the fictional world itself. The name of Wes Anderson is directly linked to pastel colors, old-style interiors, and dreamy exteriors. Almost every frame in his movies is a painting.
With the Bar Luce project, he tried to make his fictional world into a real thing. And, if you ask us, he succeeds. 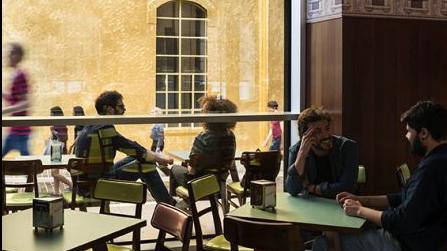 Just like it's not a case Wes Anderson, among all directors, chose to design a bar, Italy is not a random country to open the Bar Luce.
First of all, Italians love Wes Anderson. An Italian songwriter, going by the name "I Cani", wrote a pop song called "Wes Anderson", celebrating his unique atmosphere. Regarding what we said above, I Cani sings "symmetrical shots and The Kinks start to play in the background" to sum up Wes Anderson's poetics.
And it is also the other way round: Wes Anderson loves Italy.
The Golden Age of Italian cinema, the Italian neorealism, had a huge influence on directors from every country and every generation, and Wes Anderson makes no exception.
Actually, Bar Luce, it's not just about Wes Anderson aesthetics, but also an homage to the Italian Golden Age.
Wes Anderson explicit states he drew inspiration from Italian pop culture of the 50s and 60s, and particularly the atmosphere found in the Milanese films: Miracle in Milan (1951) by Vittorio De Sica and Rocco and His Brothers (1960) by Luchino Visconti. 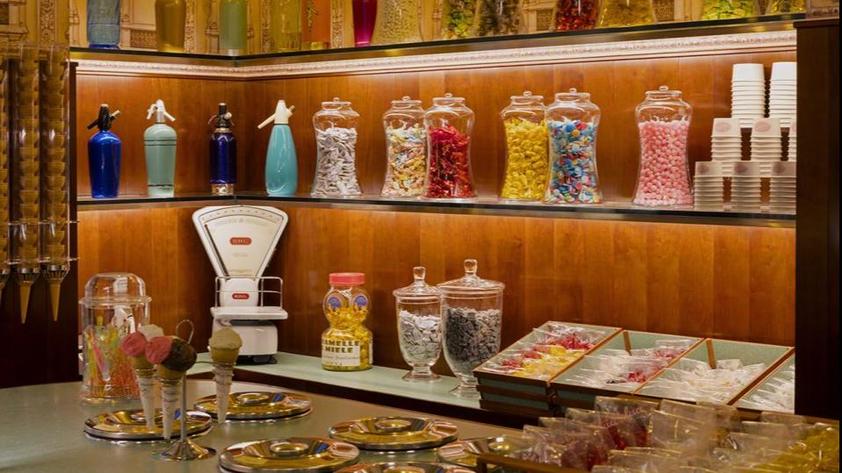 What you will find inside?

Bar Luce is a stylish place with multiple pop culture references and a strong vintage vibe.
The space already had a vaulted ceiling, which Anderson chose to highlight using patterned wallpaper. The purpose was to reproduce a miniature version of Milan's iconic Galleria Vittorio Emanuele shopping arcade. Other decorative wallpaper was added above the wooden wall paneling, remembering the windows and balconies of the Gallery.
You will walk on a pink terrazzo floor speckled with flashes of red, grey and white, and two rows of spherical pendant lights.
Tables and chairs are all in pastel colors, giving to the place the calmly but vivid aesthetics Anderson always looking for.
Waiters roam aroound by in crisp white shirts and black bowties, while old Italian songs come from a retro jukebox in the corner. Near the Juke Box, there is a Steve Zissou themed pinball machine, in case you had any lingering doubts about the artistic mind behind all of this. 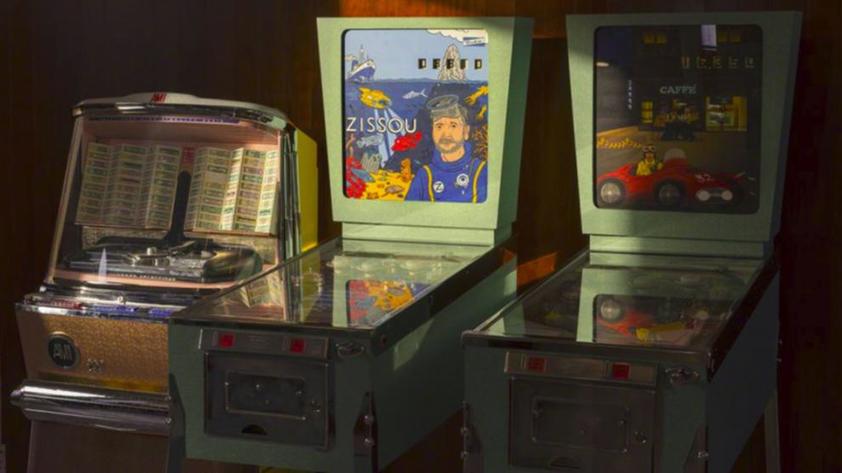 Why should you visit Bar Luce

The final effect is a unique bar where Neoralistic masterpieces, Italian 60s, and Wes Anderson’s movies meet each other to create a timeless space.
"It is for real life, and ought to have numerous good spots for eating, drinking, talking, reading, etc," said Anderson. "While I do think it would make a pretty good movie set, I think it would be an even better place to write a movie."
Bar Luce is really a singular place and if you love cinema, you should give it a chance.
Bar Luce is open every day but Tuesday from 8.30am to 8pm (prolonged hours on weekends). It is a hotspot for tourists, design hunters and a hangout for locals, it’s also the perfect place to taste a classic Italian spritz. It can be accessed from Via Orobia.