HomeEuropeItalyRome8 Iconic Movie Locations All Around the World

8 Iconic Movie Locations All Around the World

Cinema and Travels are constantly connected: we have listed 8 places around the world we all saw in a great cult movie.

Cinema is one of the powerful art we have. Some movies, the true masterpieces, can make their scenes eternal, and fix these pictures in our imaginary forever. But rarely there are just actors on the screen: locations give their own contribution to the process of making a scene memorable.

And, from time to time, certain locations became so linked to the movie that their respective reputations interact constructively, support each other, and grow together.

We have listed 8 places around the world we all saw in a great cult movie. 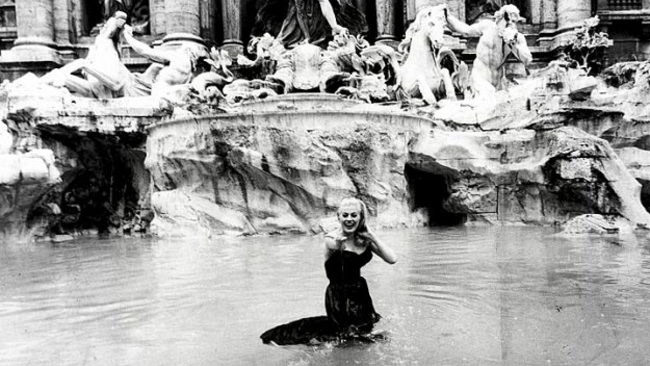 We are sure you are going to visit Trevi Fountain anyway, if you ever come to Rome, cult movie or not. But the key scene of Fellini’s masterpiece has something to teach us. In that iconic moment, Anita Ekberg jumps into Trevi Fountain and tell Marcello Mastroianni to follow her, while he whispers “what are we doing…”.

And you know what? They are doing this during nighttime! This is the only time they could do it and the best time to visit Trevi Fountain. Don’t go there during the day: it’s maybe the most crowded place in Rome and you will feel no magic at all. After midnight it’s a whole different story (but don’t swim in the fountain! You will get a hefty fine!). 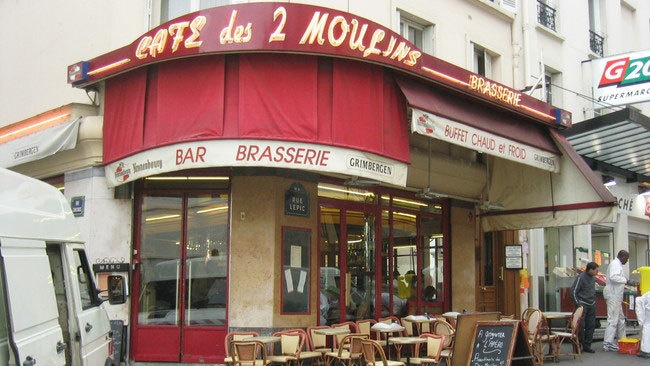 Amélie faces her fabulous destiny in a dreamy Paris but she passes most of the time in two characteristic neighboring districts: Montmartre and Pigalle.

In Pigalle, you can find the Café des 2 Moulins, where Amélie works as a waitress, in Rue Lepic. In Montmartre, there is Au Marché de la Butte, the grocery store where she buys vegetables while the voice over talks about "the simple pleasures in life”.

3. Labyrinth Park of Horta, Barcelona (Perfume: The Story of a Murderer, 2006) 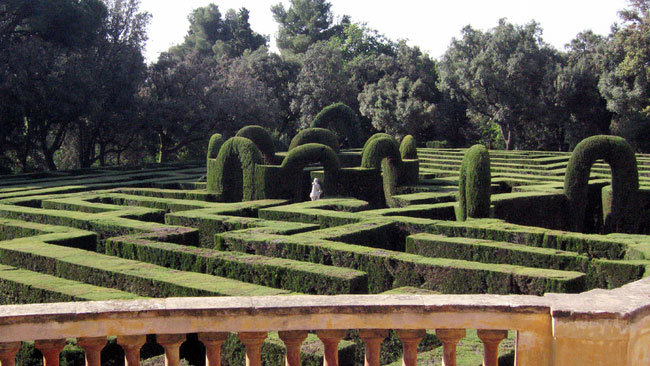 Perfume is the story of a serial killer obsessed with scents and fragrances based on the German novel written by Patrick Süskind. The set is the 18th century France, but often movies tell lies about locations and this is one of those cases. One of the first thrilling scenes of the movie, the labyrinth scene, that wants to represent the fanciness of nobles’ life in France, is actually shot in Spain.

What we see in the movie is the Labyrinth Park of Horta, Barcelona: an amazing garden shaped in the form of a labyrinth. 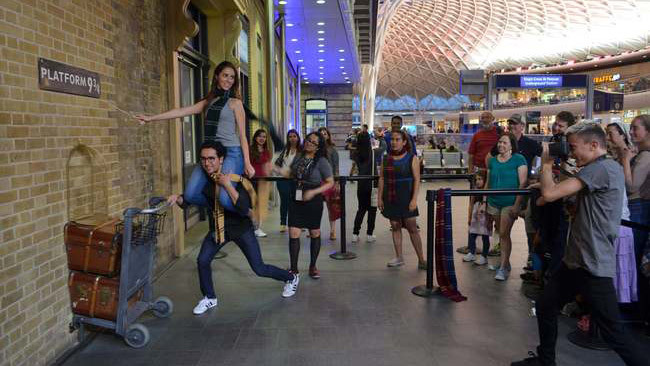 Harry Potter (both the books and the movies) is the story of a parallel world where magic and sorcery are real. One of the main access to this world is an anonymous wall of King’s Cross railway station, in London. In the fiction, the brick wall barrier between platforms 9 and 10 is, actually the secret Platform 9 3⁄4: if you charge into the wall with your luggage trolley, you will disappear and reappear in front of the Hogwarts Express, the train to the magic world.

Since 1999, just two years after the release of the first Harry Potter novel, the place became a tourist attraction. A cast-iron “Platform 9 3⁄4” plaque was erected over the wall and a luggage trolley was installed below the sign: the near end of the trolley was visible, but the rest had disappeared into the wall. 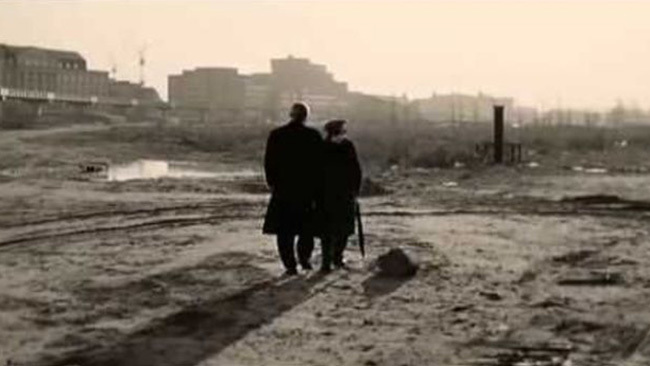 Wim Wenders directed this moving masterpiece about invisible angels in Berlin, just two years before the fall of the wall. One of the most melancholic moment is shot near the wall, in Potsdamer Platz, a desolated area that divided the east from west. There a character says: "I can’t find Potsdamer Platz. Here? This can’t be it. Potsdamer Platz is where the Café Josti used to be. In the afternoon I’d go there to chat and have a coffee and watch the crowd after I’d had my cigar at Löhse and Wolff, a famous tobacconist, right around here. So this can’t be Potsdamer Platz.”

Nowadays, 30 years from the fall of the wall, Potsdamer Platz is a lively place again. 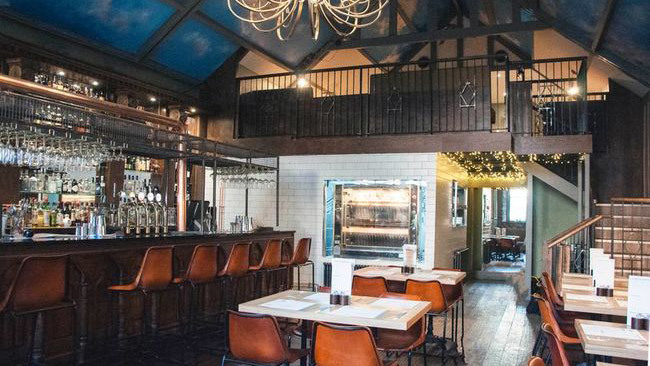 Trainspotting is a cult movie full of cult scenes: an entire generation can quote by memory many of them. A pretty hilarious one is the introduction of Begbie character. He is in a pub, the Crossland Pub, sitting at a table on the upper floor and he threw a glass of beer down from the balcony. The glass hit a girl in the face, Begbie comes down and start a bar fight without a reason.

The Crossland Pub remained there until 2015, with its bad rep just like in the movie. Then the districts got “gentrified” and it was bought by a hip local chain and rebranded The Kelbourne Saint. Now it’s a fancy place, but you can order a cocktail named after everyone’s favourite psychotic pint throwing hardman, Franco Begbie. 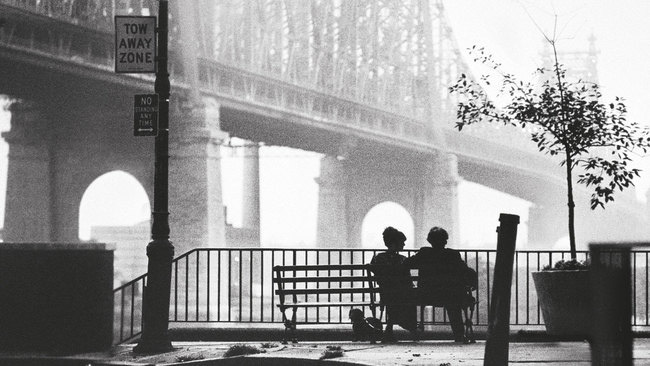 Woody Allen dedicated a huge part of his career to celebrate New York and its atmosphere. Manhattan is one of his favourite districts and a recurring location in many movies. The film of the same name is a touching romantic comedy and a lovesong to Manhattan as well. You can find many movie locations around the districts. The most known is the bench we see in the movie poster and, nowadays, the sight from there is almost the same: quite surprisingly for a city like New York. 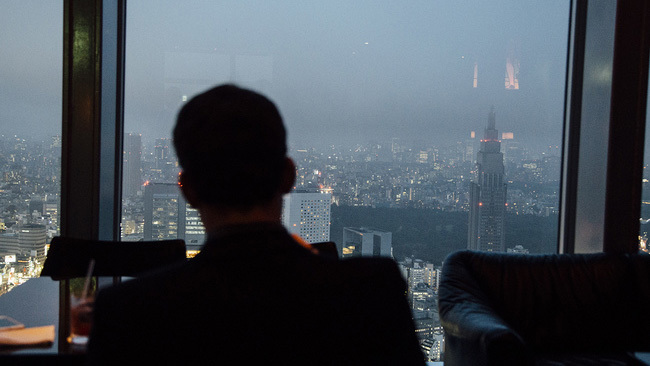 The first Sofia Coppola‘s big success is a suspended, dreamy tale about human relationship and the concept of incommunicability between people, well represented by two Americans in Tokyo, where everything is “Lost in translation”.

Most of the story is set in a luxury hotel where the two protagonists feel alienated and lonely. This is a real place: it’s the Park Hyatt Hotel, a five-star hotel in the centre where you can enjoy a wonderful sight of the city.