HomeEuropeItalyRome10 Unusual things to see and to do in Rome

10 Unusual things to see and to do in Rome

Tired of the same old things you already know? The classics of Rome are great, but there’s much more! Find it together! 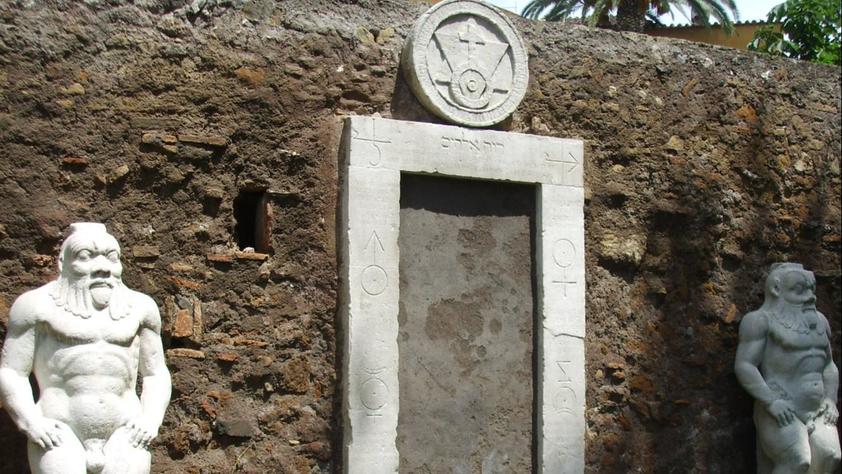 Colosseum, Palatine Hill, Roman Forum, St. Peter Basilica, Sistine Chapel, Piazza Navona, Fontana di Trevi and literally every single street of the historical center: these are the things you already know you have to see in Rome. Maybe these are the things you already saw in Rome and you are looking for something else. Here we are, here to tell you 10 unusual things you can see (and you can do) in Rome.
Rome is a huge city, the largest in Italy and the eight in Europe: there are endless things worth to be seen in the Eternal city. So take our top 10 list as a suggestion and continue the exploration alone! 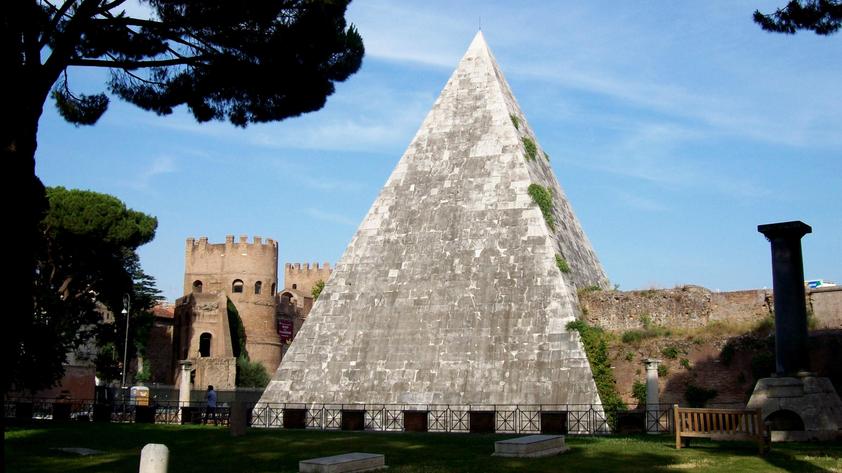 1) See the Pyramid and the Protestant Cemetery

Do you know Rome has its own pyramid?
It's actually 2000 old and has a Metro stop dedicated to ( named Piramide). Its real name is Pyramid of Cestius and came from its owner, Gaius Cestius: not a king, not an emperor, just a really rich guy in ancient Rome who wanted to be buried as Pharaons do.
Just behind this huge tomb, there are a lot of other ones: the Protestant Cemetery, known in Rome as "Cimitero Acattolico".
This is a place characterized by huge diversity: everyone who wasn't Catholic did found his last home here. In fact, other than Protestant and eastern Orthodox graves, other faiths that are represented such as Islam, Zoroastrianism, Buddhism, and Confucianism.
There are also many big names buried here, Italian and international ones. We are talking about people like the romantic heroes Keats and Shelley and the most influential Marxist in Europe, Antonio Gramsci.
Are you looking for something more pop? Do you remember the cover of that Nightwish album, maybe one of the most recognizable grave ever?
Well, guess what. 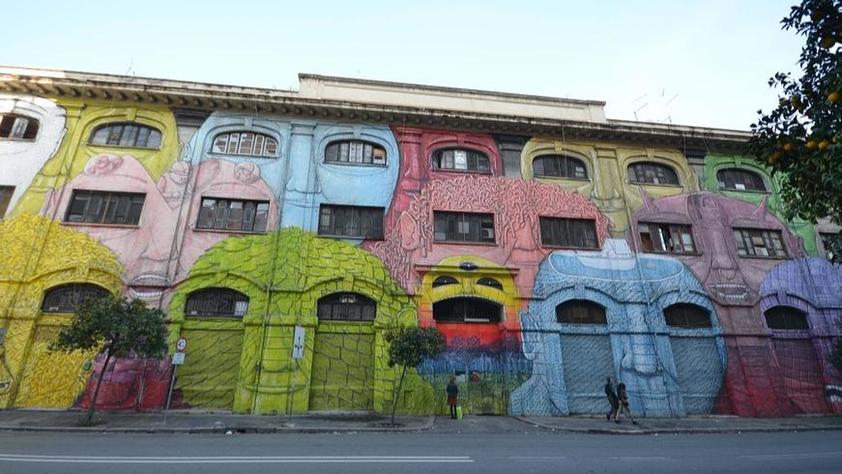 2) Admire the street art in Ostiense (and the Gasometer skeleton)

Rome is known for its ancient art and nothing can change this. But it doesn't mean you can't find contemporary forms of expression in the Eternal City, like street art, which is not a Berlin prerogative!
In Rome, there are some post-industrial districts turned into temples for street art. One of the most central ones is Quartiere Ostiense, actually near the Pyramid we just discussed. Around this area, you will find many buildings called by their former function "Ex Porto Fluviale" (former river port), "Ex Dogana" (former customhouse). Now they are transformed into trendy clubs, pubs, and restaurants or still in disused. In both cases, some great street art redesigned their giant walls. On name above all?
Blu, the indisputed best known Italian street artist and one of the most famous in the world as well.
The post-industrial vibe will grow stronger when you noticed strange geometrical iron structures on the horizon. They are the (former) gasometers, or at least, their skeletons. This huge cage used to surround equally large gas tanks in the past. Now they are no longer needed and stand here like monuments. Some Romans call them "the iron Colosseum" and they became the symbol of this area.

3) A walk through Coppedè district

Unusual things can happen in Rome. One moment you are walking through Quartiere Trieste, an upper class somewhat modern district, largely build after the WWII. The following moment, you enter the wrong arch and find yourself into a fairy-tale town.
This is Coppedé District, named after the architect, Giulio Coppedé, a visionary talent who built a little district inside a larger district, playing only by his rules. Every building here has its own surreal character, something between modernism, baroque and neogothic style. You can compare what Coppedé did here to what Antoni Gaudì did all around Barcelona. A place you can't miss. 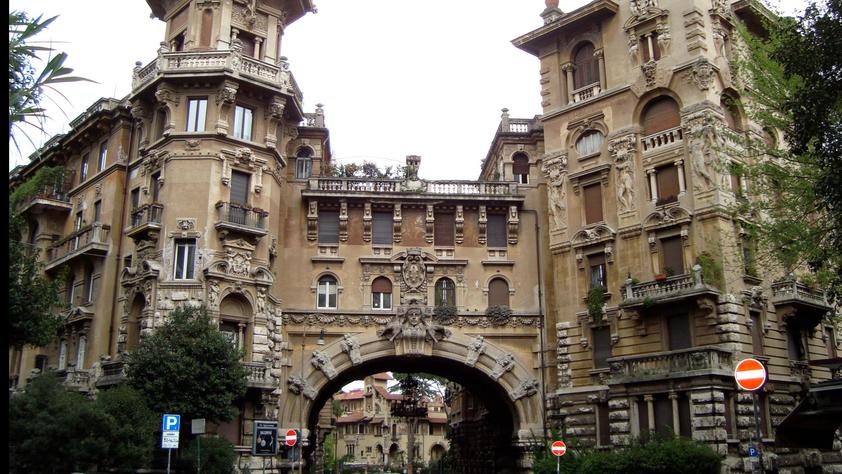 4) Find the surreal House of Howls

Another masterpiece of eccentric architecture is not far from Coppedé. Inside the city park of Trieste district, called Villa Torlonia, you will find the magical Casina delle Civette, which means House of Howls.
With its turrets, mullioned windows, arches and gables of various heights, Casina delle Civette looks like something you can find inside an English village, not a common Roman park. Even the roof is unusual, made mainly of grey slate, but with vividly colored ceramic tiles of glazed terracotta on lower levels. Of course, you will see owl motifs in stone, wood and glass all over the structure, explaining the curious name.
The House of Howls is also a museum of stained glass: you can walk around its interiors to admire 54 pieces originally designed for it, and 18 others in frames, all in "stile liberty" (art nouveau style). The interior has been magnificently restored after fire, theft and vandalism, but not altered since the old times so you can see the wood paneling, mosaic floors, nooks and crannies, made-to-measure furniture and oddly-shaped spaces just ad they looked like two hundred years ago.

There are many different Romes in Rome, now you are getting in touch with this concept. In the south of the city, there is a whole district built entirely during the fascist era, following Benito Mussolini's idea of aesthetics. He wanted to reproduce the imperial atmosphere but with a modern vibe on it. The result is EUR district: an area characterized by large streets, huge marble buildings and geometrical patterns all over the place. It was also largely inspired by De Chirico metaphysical paintings, and by its colonnade suspended in a surreal city.
The most famous building here is Palazzo Della Civiltà Italiana, also known as Colosseo Quadrato, The Square Colosseum. Are Romans so addicted to naming other buildings after the Colosseum? Yes, they are, but the Palazzo Delle Civiltà was truly intended as an homage to Ancient Rome and, visiting it, you will feel the attempt to reproduce that sense of power and eternity.
Of course, fascism was a criminal regime but this peculiar architecture is worth a visit due to its unique aesthetics, closely linked to early century avant-garde movements. 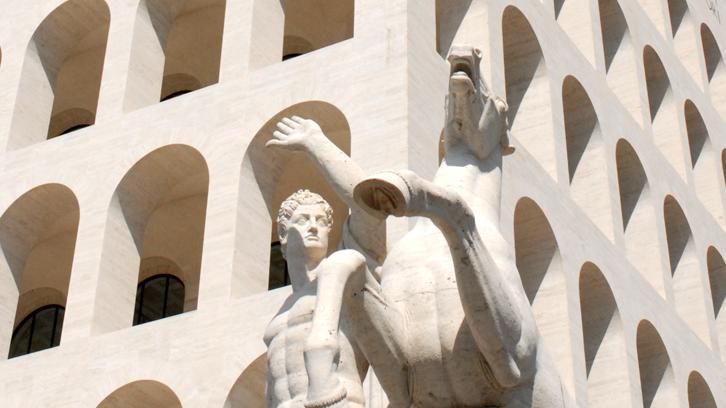 6) Ride along the Old Appian Way

Can you come to Rome and do not visit the oldest street in the city and, maybe, in Italy as well. No, you can't and this is the reason why you should take the Old Appian Way, an ancient Roman main street which is actually older than the Colosseum itself!
Built-in the year 312BC, the road was made during the time of the Roman Republic in order to provide an easier transportation network for the army because, at the time, Rome had many close enemies in Italy, like the Samnites.
The road comes across a natural area and is dotted with ancient monuments, like catacombs and vestiges of old buildings and structures. It is very long and the best way to take it is by bike. We suggest you to take this guided tour on e-bikes to not miss anything about this open-air archeological park. 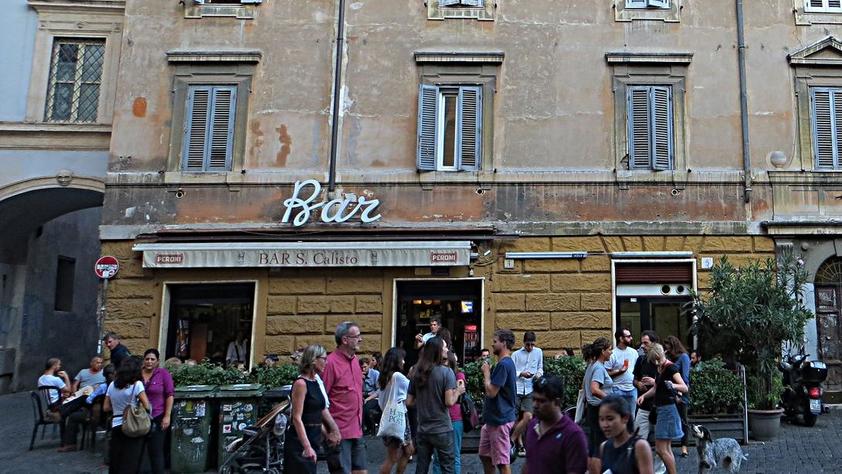 7) Have a drink in Bar San Calisto

After a long walk or a long ride, there is nothing better than drink something. But you know where to go? Like many visited cities, Rome is full of tourist traps, bars, and restaurants who pretend to be authentic and genuine but are just washed-out replicas. And if you roam beautiful districts like Trastevere (as you should), the probability to fall in one of these traps is really high.
Here we are to tell you the best bar in the districts and maybe in the whole city: Bar San Calisto. This is a traditional Roman bar which became known among youngsters and traveler WITHOUT losing its soul.
The place did stay almost the same for decades, while generations come and go. Here you will find any kind of people, from tourists like you, to young hipster bobos and old true Romans who live here since forever and keep everything under control. San Calisto is a legend in Rome for its unique atmosphere who make people talk to each other, even if they come from far away countries and can't speak a common language. When local authorities shut the place down for five days due to night noises, people in the area put on a huge protest.
A documentary explains the history of the Bar San Calisto and it features in many media, like the oscar-winning movie "La Grande Bellezza" by Sorrentino, a Fifa commercial and this Italian trap-pop song.

As we said, Rome is great in ancient and in contemporary art. And not just the wildest one, the street art on the walls: in the Eternal City you can visit the MAXXI, the National Museum of 21st Century Art.
Maxxi is home masterpieces from both local and internationally recognized artists. It is the place to visit if you already love contemporary art or if you want to know more about it in a  fun and entertaining way. Every period of the year, they host different exhibits, collections and events, so check the program on the website to schedule your visit.
One last warning:  the building is a masterpiece itself, designed by Zaha Hadid, winning the Stirling Prize of the Royal Institute of British Architects in 2010. In contemporary architecture, this means you will likely get lost inside MAXXI area... but this is part of the fun, isn't it? 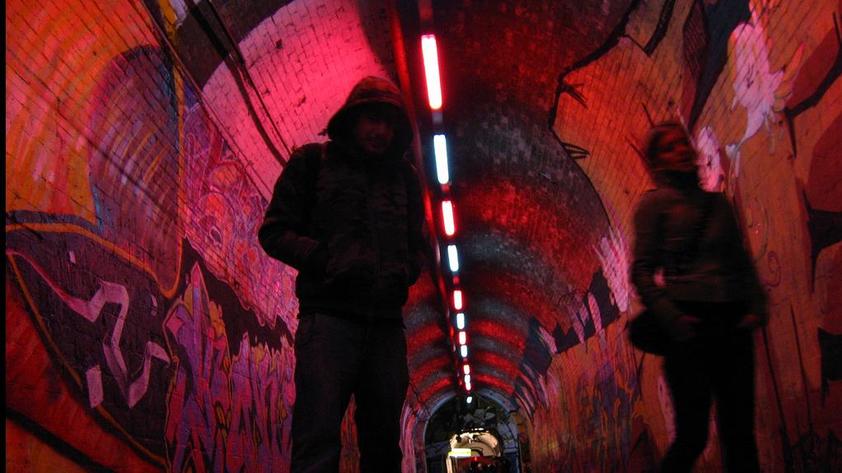 9) A night out at Forte Prenestino

Regarding nightlife, you can hang out to a very unique place: the first social center in the city, inside an ancient fortress.
If you are not from Southern Europe, you could not be familiar with the concept of "social center" itself. They are squatted buildings but people do not just sleep there. Instead, they host events like conferences, concerts, and dancehalls. Usually, social centers are barely legal or completely illegal, like every occupied building, but their acknowledgment by local communities is so strong that no authority wants to mess with them.
Forte Prenestino is a special one: it was founded at the beginning of the 80s inside an old fortress, called Forte Prenestino, which was used as a landfill since decades.
Militants and activists give to the place a new life and now is a captivating and evocative place to spend a different night.

Surrounded by buildings with large porticoes in the 19th-century style, the piazza was designed by Gaetano Koch shortly after the unification of Italy and it is the largest square in the city. It is also known as the "Torinese" square of Rome due to its Umbertine style. Today is also the most multicultural area in the city, a place chosen by people from the east and middle-east to be their home. They came here many years ago and are perfectly integrated with locals, making Piazza Vittorio (and Esquilino district at large) the most New Yorker area of Rome.
In the heart of the square, there is a garden and in the heart of the garden, there is a door, a walled door.
This is the Alchemic Door, the esoteric core of the Eternal City.
It was built between 1678 and 1680 by Massimiliano Palombara, marquis of Pietraforte, in his residence, the villa Palombara. The villa crumbled down and this is the only one of five former gates of the villa that remains. The door is full of symbols and signs of uncertain meanings and a lot of legends tell different stories about the origin and the purpose of this weird artifact. 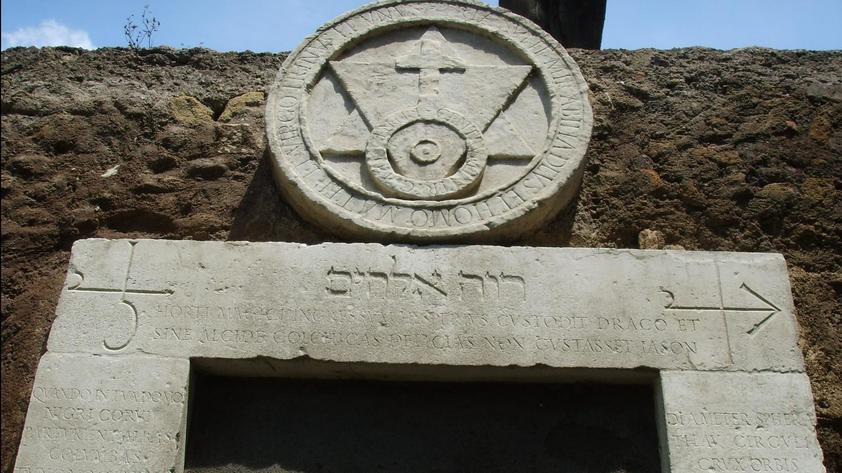