Have you ever heard of "Fake-ations"?

Some people like to take "eccentric" vacations. We call them "fake-ations". 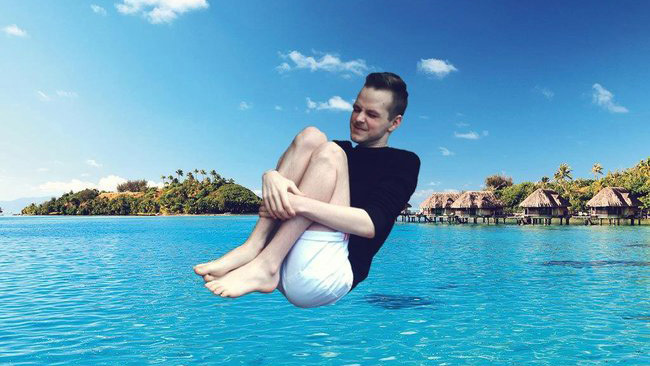 How often on average do you dream about your dream vacation?

Some people like to take "fake-ations," the combination of the words "fake" and "vacation."  If your dream vacation is too expensive, there is a solution: fake your trip and show incredible pictures to your friends or follower on Facebook and Instagram!

The 10th Annual 2018 Vacation Confidence Index, which surveyed 1005 people in the U.S. found that 37% of millennials post deceptive holiday picture on their social media.
The "millennials" (people born between 1981 and 1999) are more likely to lie about holidays. Experts speculate they act this way because they feel more peer pressure on social media, being a generation who spend so much time on the internet.
There are different social media lies, anyway, with different grades of "deceptiveness."

The easiest way to lie is to save pictures from your last holiday and post them when you come back to work, to trick people about the length of your vacation.

We can do better: some people can create incredible holidays out of nowhere. You can just call Mister Photoshop! 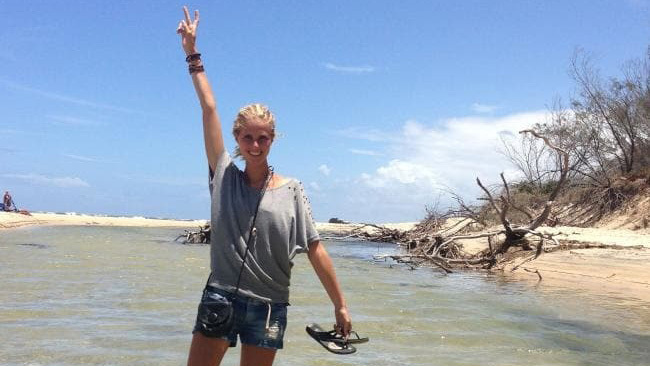 To prove how easy it is to manipulate people through social media, a Dutch graphic design student Zilla van den Born faked an entire 1-month-trip in south-east Asia, while she was hiding in her apartment in Amsterdam. Zilla tricked everyone, even her parents  (with fake Skype calls too!). She bought Asian souvenirs from local shops, cooked dumplings in her home, and altered pictures in her pools make it looks like a tropical paradise.
"I did this to show people that we filter and manipulate what we show on social media - we create an ideal world online which reality can no longer meet." said the young woman.

Someone tried to fool even the media. And succeed.
In June 2016, three British guys came up with an incredible The-Hangover-Style story. They claimed they came aboard a wrong boat and ended up in Syria after a clubbing night in Cyprus. They took pictures to back up their story on social networks, unedited photos of Cyprus, in some areas that just "look like Syria." This unlikely tale has picked up coverage from dozens of media, both in the UK and overseas; including the Mirror, the Sun, the Star, Metro, and the Mail.
After some days, the Brits unveiled the prank and said: “We have literally trolled the world media and we are so proud of ourselves” he added “They report bollocks all the time, and people never check the facts. As soon as they posted it that was it – it went viral”.

Sometimes, it's the tourism business itself to become the leading actor of fake-ations. 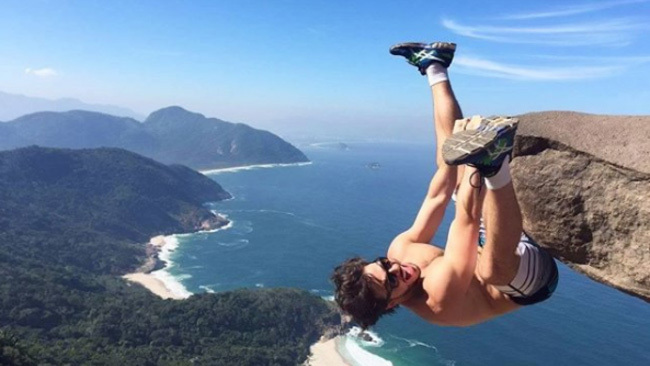 Pedra do Telegrafo, near Rio de Janeiro, in Brazil, became a tourist attraction after the picture of Luis Fernando Candela went viral on the internet. In the shot, we see this guy hanging upside down by his feet on a rock that seems a very high cliff. In fact, the rock is just one meter above the ground, but the spot gives the opportunity to mimic the cliff scene due to nasty perspective tricks. Since the Luis Fernando Candel's shot went viral, many tourists go to Pedro do Telegrafo to impress their followers on Instagram and pretend to be living some extreme-sport-situation. 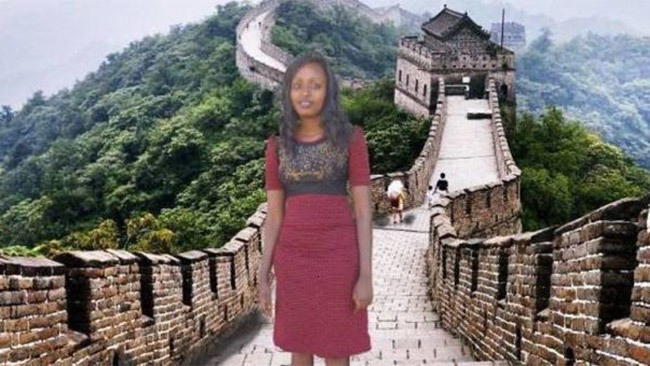 But not every fake-ation goes so smooth. The saddest story happened to a young Kenyan woman called Sevelyn Gat. She couldn't afford her dream holiday to China and tried to fake it. But she did it so poorly that she went viral as an epic fail. People all around the internet posted their own bad photo edit of Sevelyn, using the hashtag: #WhereIsSeveGatsNow.
Luckily, this story have a happy ending. After all the web exposition Sevelyn Gat got, someone helped her. Her story moved Sam Gichuru, a Nairobi-based businessman, and Sevelyn finally went to China without Photoshop’s help.

These were just the major fake-ation became famous on the internet. But smaller ones are happening every day all around us. Do you know anyone who "cheat" on their holiday, making them better than what they really were? Or maybe you are one of them?
If this is the case, we suggest you to stop pretending and live! Try our best tours on Globol.com!
And you no longer need to fake anything!