HomeEuropeMaltaMalta10 Curiosities about the incredible Malta's History and Culture

10 Curiosities about the incredible Malta's History and Culture

Malta is a multicultural island located in the heart of the Mediterranean Sea. It's a popular holiday destination and a place where students from all around the world go to learn English as well. 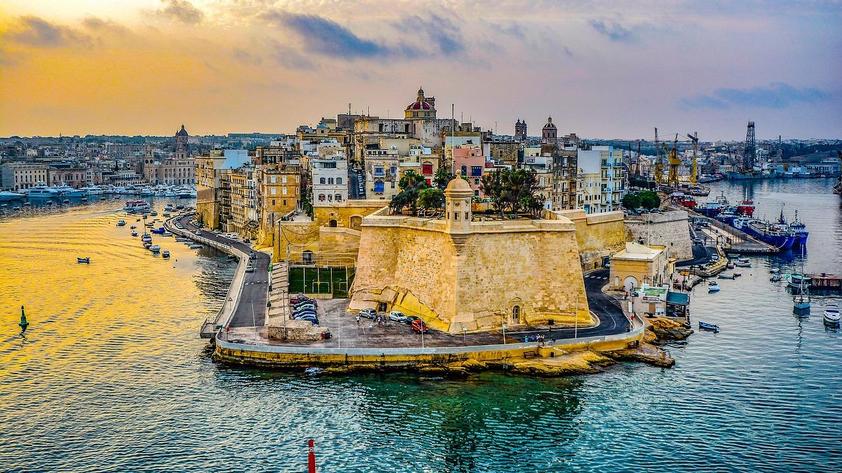 We are positive you know something about this beautiful island as much as we are sure there are A LOT of unbelievable things you ignore about it. Despite being so small, Malta has a number of unique historical, cultural and geological feature capable of amazing anyone!

We are used to say: "Malta is an island". Although this is true because Malta is the name of the main island, Malta is also an archipelago counting three major inhabited island (Malta, Gozo, and Comino) and a number of little uninhabited islets.
The size of Gozo is about a half of Malta, while Comino is significantly smaller: today this little island, despite having had its role in Malta history, is almost uninhabited. There is one hotel on the island, but only three people are registered as residents.

2) The many names of Malta cities

Rabat, Victoria or Rabato del Castello? Mdina or Medina? And then come to the nicknames: Città Vecchia, Old City, Humble City, Città Umilissima, la Superbissima and so on. Many cities in Malta has a lot of names and nicknames in different languages, mainly Italian, English and Maltese. This situation speaks loud about the complex history of Malta: many cultures, sometimes conflicting, sometimes living in peace, trying to leave a permanent trace of their respective identity. 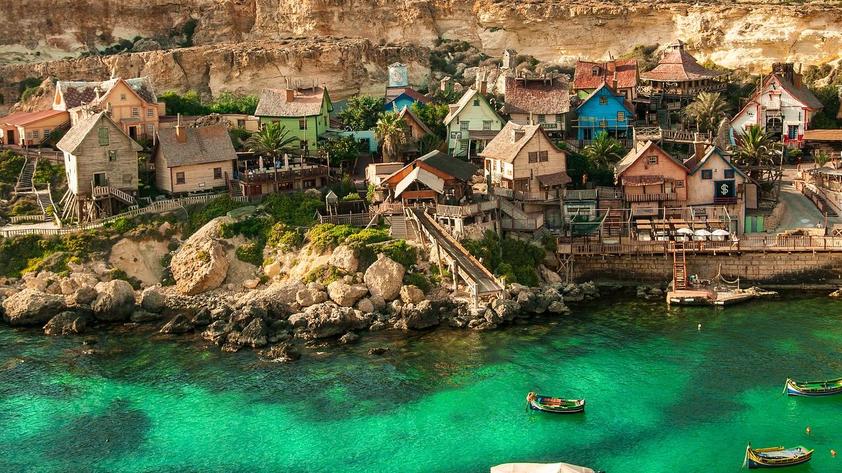 3) The Maltese language and its mysteries

The only original language of the island is a mystery on its own.
The Maltese is a Semitic language descending from Arab, but some experts argue that its true origin is the old Phoenician.
Even if it is not true, coming from  Siculo-Arabic, an extinct variety of Arabic, and being deeply influenced by Romance languages, like Italian and Sicilian, the Maltese is a pretty unique idiom.
It is the only standardized Semitic language in the world written exclusively in the Latin script.
A fascinating mix of Western and Eastern culture.

4) The extraordinary prehistory of Malta

If the written history of Malta is rich and charming, the unwritten one is no less.
To put it straight: the prehistoric sites spread all across the archipelago known with the collective name Megalithic Temples of Malta, and protected by UNESCO, are among the oldest free-standing structures on Earth. To be precise, they have ranked second: only the discovery of Göbekli Tepe site in Turkey outclasses them in oldness.
These fascinating structures have been built over a considerable period of time, ranging from 3600 BC and 700 BC.
The oldest human trace on the island can be found in Għar Dalam, which means "Cave of Darkness", while the first megalithic complex is Ġgantija, on Gozo island. 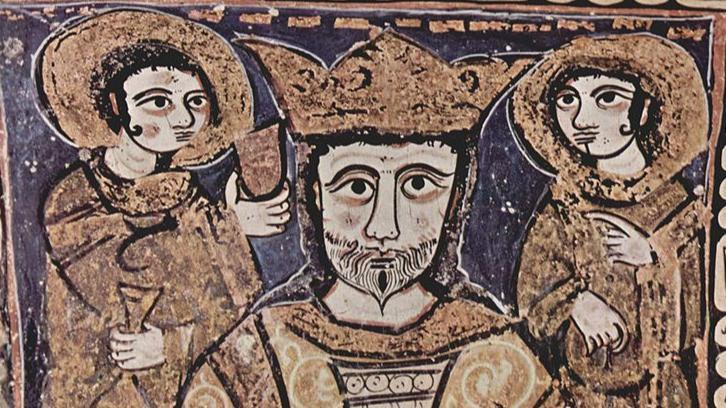 5) The Arab Revolution in Malta

Malta lived ancient times under Phoenician, Greek and Roman rules, but it was under the Arab Civilization, between 870 and 1091, the island came to shine. They took there what we knew as the Arab Agricultural Revolution and the first version of that unique Maltese language we already talked about.
In 1091 the archipelago was conquered by the Normans, but the Arab civilization did shape Malta in a permanent way.

6) The Knights of Malta

Another fundamental part of Malta identity is also one of the main reasons why its name is known all around the world: the famous Knights of Malta.
The medieval Order of Saint John, also known as the Knights Hospitaller,  was founded c. 1099 by the Blessed Gerard in medieval Jerusalem.
They were involved in crusades as Templar knights and they rule Malta as a vassal state of the Kingdom of Sicily from 1530 to 1798. In 1565, under the Order of Saint John, Malta resisted the invasion by Ottoman Empire, despite being outnumbered. A legendary event known as The Great Siege of Malta.
Voltaire once said: "Nothing is better known than the siege of Malta", and it unquestionably contributed to the eventual decay of the European perception of Ottoman invincibility and marked a new phase in Spanish domination of the Mediterranean. 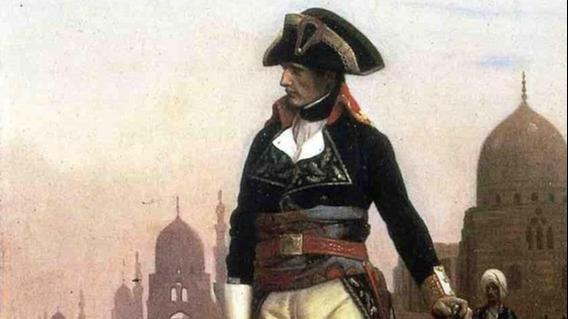 The history of Malta has another star in its hall of fame, the one Hegel once called "the world spirit on horseback".
Napoleon conquered Malta on his way to Egypt during the French Revolutionary Wars in 1798, one of the first great Napoleon's military success. He did a lot for the modernization of the country. During 12–18 June 1798, Napoleon resided at the Palazzo Parisio in Valletta and reformed national administration with the creation of a Government Commission. He also did abolish all feudal rights and privileges, the institution of slavery and did grant freedom to all Turkish and Jewish slaves.

8) The British Rule on Malta

Despite the reforms, the French occupation wasn't so loved by population and local politicians.
Maltese leaders presented the island to Sir Alexander Ball, asking that the island become a British Dominion and in 1814, as a consequence of the Treaty of Paris, Malta officially became a part of the British Empire and was used as a shipping way-station and fleet bases.
The British rule over Malta left a tangible mark over the island's culture. As we said, many cities have two names: the old one, and the British one. The biggest example is Rabat, the Gozo capital, that became officially called Victoria to celebrate Queen Victoria's Golden Jubilee on 10 June 1887.
Moreover, English became the second official language of Malta, along with Maltese (and Italian which was once official language but still it is spoken by 66% of people). 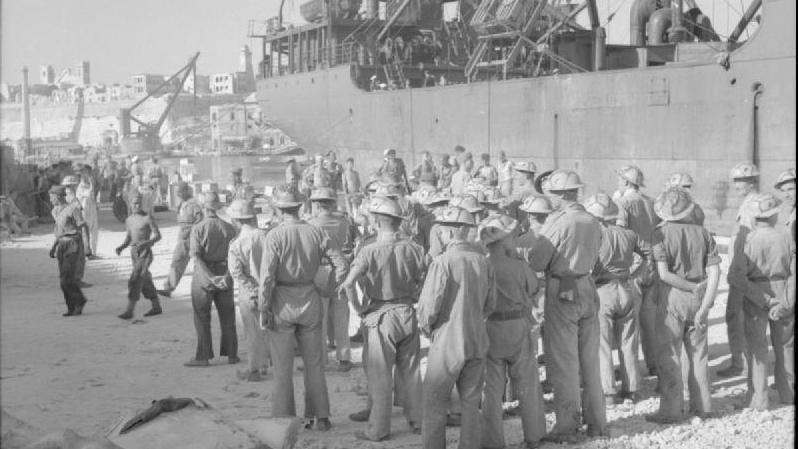 Since the Great War, the key position of Malta made it known as the "Nurse of the Mediterranean" due to the number of injured soldiers who were settled in Malta. But it was during World War II that its importance reached its peak. When a new front was open in North Africa in June 1940, both sides of the conflict acknowledged the island as vital for the outcome of the war. Churchill called Malta "unsinkable aircraft carrier", while Rommel stated: "Without Malta the Axis will end by losing control of North Africa".
The consequence was the second siege of Malta: from 1940 to 1942, the Allied and the Axis fight to control the island, making Malta one of the most bombed countries in the war.

It was only during the SIxties that Malta achieved its independence as the State of Malta, precisely on 21 September 1964 after intense negotiations with the United Kingdom.
This new situation made Malta the world's tenth smallest country and fifth most densely populated country.
Another curiosity: its fortified capital Valletta is by far smallest national capital in the European Union with an area of just 0.8 km².