HomeEuropeSpainBarcelonaHow to see Barcelona in 2 Days

How to see Barcelona in 2 Days

Discover the way to experience whatever Barcelona has to offer in only two days: Sagrada Familia, Parc Güell, La Boqueria, and much more. 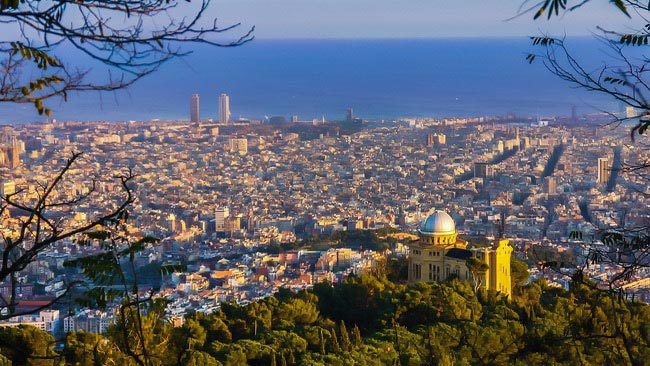 Throughout the world, there are indeed countries and cities that have taken the world by storm and that many men and women are always keen on visiting. One of these places is Barcelona, considered one of Europe’s most vivacious cities. This place is undeniably fascinating because in itself it has a unique blend of culture, style and a sense of harmonious synchronization between its old features while still adhering to satisfying the modern world. There is a way to experience whatever Barcelona has to offer in only two days. Believe it or not, this will be all the time that you need to explore the picturesque highlights of Barcelona. 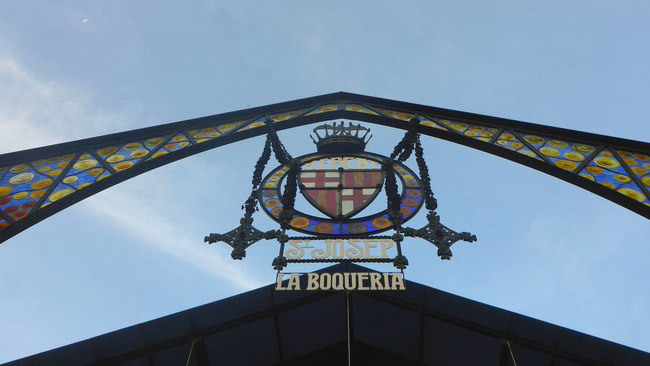 Let's start with the Boqueria market which is an absolute must-see. Keep in mind that the best advice is to visit the market in the morning to gain its extensive satisfaction as well as avoid the massive crowd of tourist that will pack up the streets. This will also give you a chance to wander about the place and watch as the locals do some of their morning shopping. 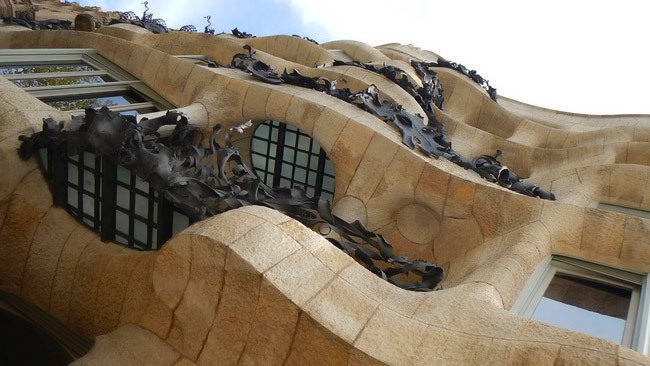 After exploring the market, it is necessary to go ahead and see the two most renowned works of architecture done by the famed Antoni Gaudi who was seen as a Goliath of the architectural world during the 20th century.  It's impossible not to talk about his extreme proficiency of creating a style that was profoundly rooted in everything Catalonia provided from its culture to its religion to its materials and even down to its general environment. With a little background to Antoni Gaudi, on your first day after visiting the market, it will be necessary heading off to see the Casa Batllo, known to be Gaudi’s most famous house in Barcelona, along with the Paseo de Gracia. Curiosity will make want to go inside to see the magnificence of Gaudi’s work, but this will not keep you from being blown away by the exterior structure of it. After that, you will have to head off and see Gaudi’s last major work, Casa Mila. Known as “La Pedrera” because of its stone exterior, one will notice that the interior is quite breath-taking. Another thing that will catch your eye is the rooftop terrace, mostly since it can give you a fantastic view of Barcelona. 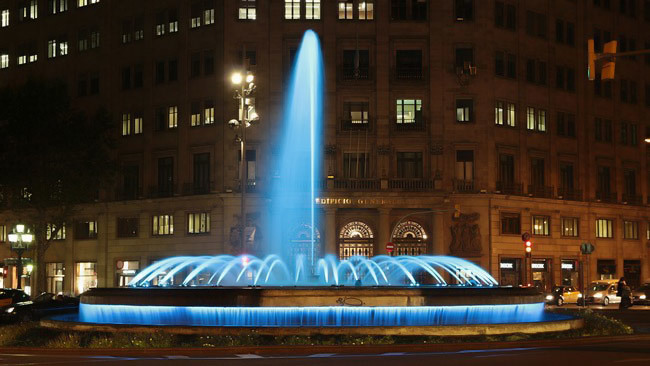 After checking out the remarkable features of the Casa Mila, you will be driven to check out the Gracia district, which unbelievably used to be its own little town but was eventually overwhelmed by the city that is Barcelona today. Now regardless of its little village ambiance, it is still regarded as Barcelona’s vibrant districts primarily due to its assortment of things to do and even to where the explorations of its scenic streets can take you. 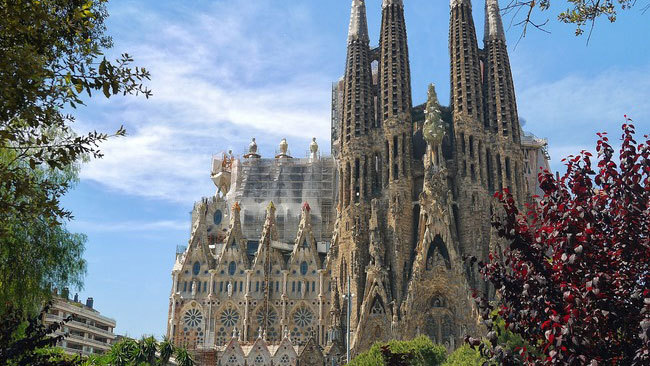 Something that can get you to kick off your second day in Barcelona during your morning stroll all the way till the afternoon is going to La Sagrada Familia, a Roman Catholic church that is considered one of the most famous icons of Barcelona and deservingly so. This was also one of Gaudi’s creations but unfortunately, a quarter of the work was finished due to his death back in 1926. Amazingly, construction still continues to this day, but visitors are still allowed to roam the church grounds and even check out the interior of the cathedral. The mixture of the Gothic styles and art nouveau will take you by storm. Setting up a couple of hours to come to explore this place will not leave you far from disappointed. 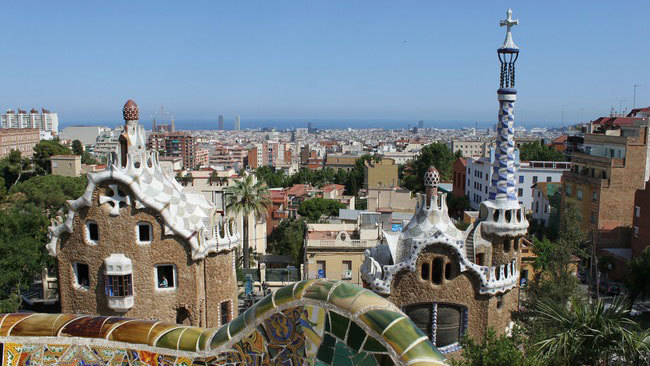 The best way to help you get away from all the hustle and bustle of the city is Parc Guell which is located on a hill just above the Barcelona city center and offers a fabulous view of Barcelona and the Mediterranean. Visitors can wander the grounds for free but will have to pay an access fee in order to see Gaudi’s private house as well as the main structure of the park. 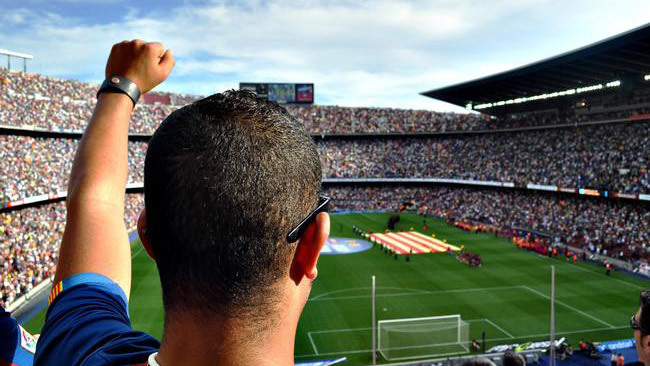 Now if there is one thing that Spain is known for it is football and is also home to one of the world’s most famous football teams, FC Barcelona. This is a team that is well-renowned across the globe for its exceptional football skills as well as its very famous roster consisting of names such as Lionel Messi, Phillippe Coutinho, and Luis Suarez, just to name a few. So when you find yourself in Barcelona, one of the best things to look into is getting a ticket to have the grand opportunity to experience a live match with your own eyes. Undoubtedly, a grand way to end your two-day stay in Barcelona for any football fanatic. 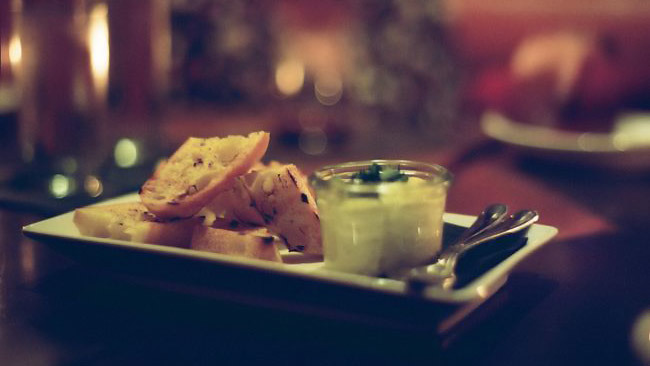 Remember to keep in mind to make time to indulge in Barcelona’s food tour. This is bound to be the tastiest encounter during your three days as well as something else that will make your experience unforgettable.