HomeEuropeSpainCordobaA Guide to Visiting the Mosque Cathedral of Cordoba

A Guide to Visiting the Mosque Cathedral of Cordoba

Learn more about the Mosque-Cathedral of Cordoba, one of the most important gems of Andalusia. This amazing and incredible monument is also known as Mezquita de Cordoba. 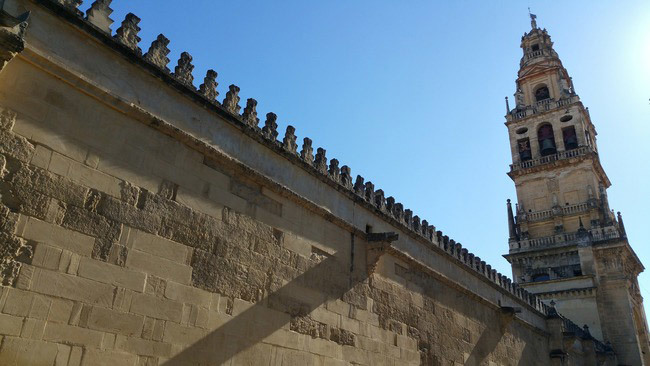 The Mosque-Cathedral of Cordoba contributes to being one of the most amazing monuments across the globe. It is also recognized to be the most crucial monument in the Western Islamic world. Also referred to as the Great Mosque of Cordoba and the Mezquita Cordoba, the structure of the building is known to be one of the most accomplished monuments of the Moorish architecture. The buildings located on the site are complex and boasts of a rich history. The original structure of the building was comprised by the Umayyad ruler, known as Abd ar-Rahman during the years of 784-788. The ground plan of the building is known to form a vast rectangle that has a measure or 590 X 425 feet. Patio de Los Naranjos and the cloisters occupy almost one-third of the area, surrounding it on east, west, and north.

History of the Mosque-Cathedral of Cordoba

The history of Mosque of Cordoba reveals in the evolution of Omega style in Spain in addition to other styles like Baroque, Renaissance and Gothic of Christian architecture. It appears that the place which is occupied by the Mosque-Cathedral of Cordoba was dedicated to the cult of various divinities from the ancient times. In the similar place, during the Visigoth occupation, there was the construction of San Vicente Basilic. On the top of the Basilic, and after payment of half of the site, the construction of the primitive Mosque was done. The sharing of the Basilic of the rectangular shape was accomplished for the period of time between the Christians and Muslims. After the enlargement of the Muslims, The Basilic turned to be the property of Abderraman I. He destroyed the same for the construction of the first Mosque Alhama or the primary Mosque of the city. In these days, few of the constructive elements of the building of Visigoth are found to be integrated into the initial part of Abderraman I. The Great Mosque has two varied areas: the praying hall or haram, the arcade Sahn or courtyard where the construction of alminar was built by Abd al-Rahman under the Renaissance tower. The interior space comprises of the forest of columns as well as white and red arches, thereby providing a strong chromatic effect. The site is known to be divided into 5 unique areas. Each one of them corresponds to the varied expansions which occurred on it.

Visiting the Mosque-Cathedral of Cordoba: The Hypostyle Hall 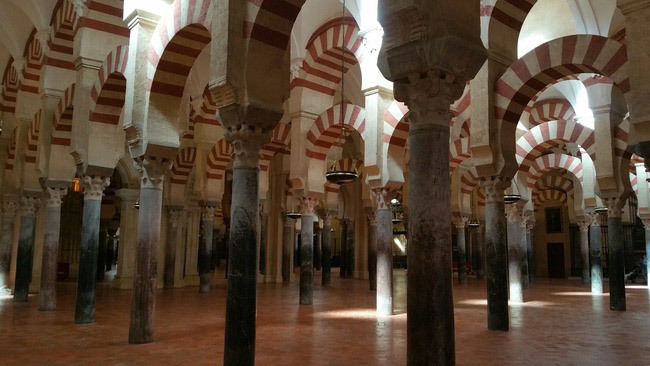 There was an expansion of the building over the two hundred years. It comprises of a courtyard along with the fountain in the middle, the large hypostyle prayer hall, the orange grove, a minaret which is encased in the tapered and squared bell tower now. The repeated geometry magnifies the expansive prayer hall. It is constructed with the columns of the recycled ancient Rome from which spray the amazing combination of the symmetrical and two-tiered arches, built with red brick and stone.

The Mosque-Cathedral: The Mihrab

The prayer niche or popular horseshoe arched mihrab is considered to be the focal point of the prayer hall. The Mihrab is used in the mosque for the identification of wall, facing Mecca which is considered to be the birthplace of Islam. The exquisitely decorated arch frames the mihrab located in the Great Mosque of Cordoba. Behind the arch lies a large space having the size of the small room. The Gold tesserae form the striking combination of gold, yellows, reddish browns, dark blues which build the intricate vegetal motifs and calligraphic bands, adorning the arch.

The Horseshoe Arch in the Mosque Cathedral of Cordoba 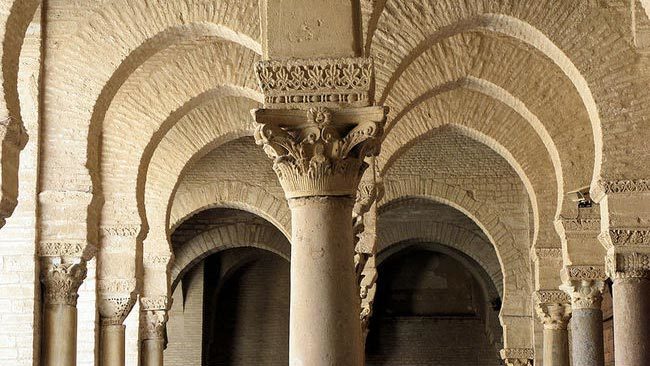 The Horseshoe Arch is really common in the architecture of Visigoths. These people reign the area after the collapse of Roman empire and arrival of Umayyads. The horseshoe arch spread from Morocco to Egypt across North Africa eventually. It contributes to being the characteristics of the Western Islamic architecture, which can be identified at ease.

The Dome of the Mezquita 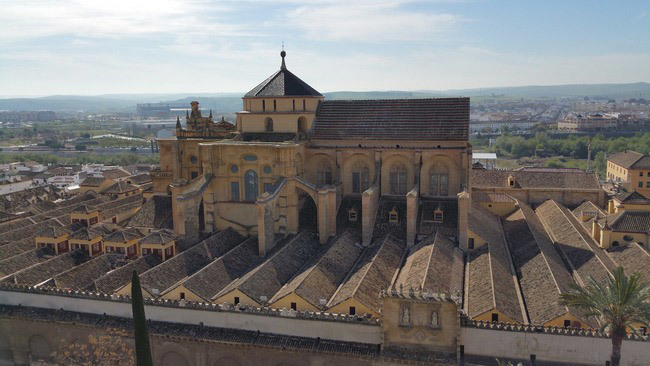 A dazzling dome is located above the Mihrab. It is comprised of crisscrossing ribs which develop pointed arches in a lavish manner and covered with the gold mosaic in the radial pattern. The astonishing building technique is known to anticipate the later Gothic rib vaulting, on a more modest scale.

The Great Mosque of Cordoba contributes to being the prime instance of the ability of the Muslim World for the brilliant development of architectural styles, on the basis of pre-existing regional traditions. This is an out of the ordinary combination of innovative and familiar stylistic vocabulary which is recognized to be the Islamic in the present days even.