HomeEuropeSpainGranadaHow to Make the Most of a Day in Granada

How to Make the Most of a Day in Granada

Do you have just one day to visit Granada? Are you looking for the perfect excursion? Read below and find out how to see the best of the city in a single day! 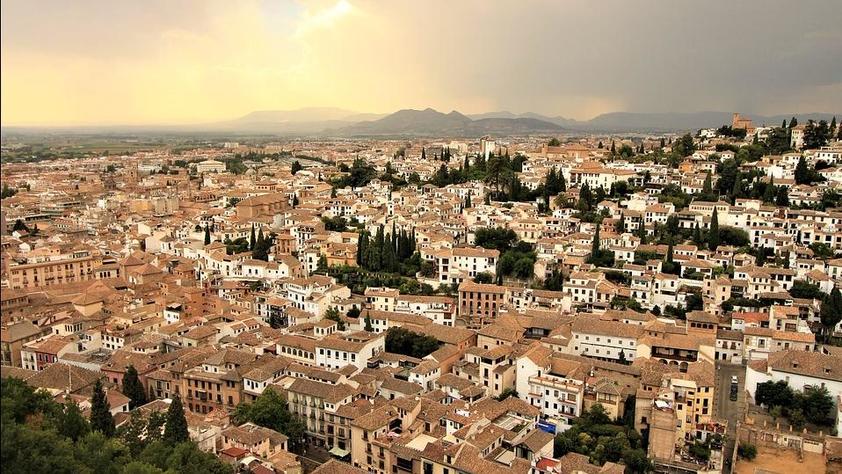 Granada is a wonderful town rich in history and culture.
Like other cities in Andalucia, here you will find a mix of two different civilization, two different worlds which lived together and fought each other over the centuries: the Christian one and the Islamic one.
South of Spain still maintains this oriental vibe perfectly represented by the so-called Moorish style in architecture and art.
Granada is one of the best places to find this vibe.
And can you find it in a single day? Yes, you can... with our help!
So let's line out the perfect excursion and find out how to make the most of a day in Granada! 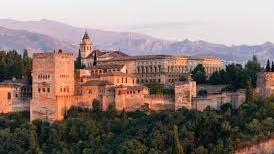 The first thing you have to see is the major reason most of the visitors come here in Granada: the majestic Alhambra Palace. It is no less than the most visited attraction in the whole country, welcoming more than two million guests every year. For this reason, we suggest you to make Alhambra your first stop and to go early in the morning. Above all, you should book your visit in advance. You can go for this guided tour on Globol which also allow you to skip the long lines and get straight into the place.
Alhambra is a fortress complex which means it is many things all together: a palace, castle, a garden, summer retreat and enclosed town all in one enchanting place. It was originally built as a small fortress in AD 889 on the remains of Roman fortifications
The real place developed itself during the 1200s and 1300s as the residence for the Nasrids dynasty, who ruled the Emirate of Granada in the final centuries of Muslim control in Andalucia.
After the “Reconquista” it was turned into the royal court of the Catholic Monarchs, Isabella I and Ferdinand II.
Inside you will find many different architectural styles blend together beautifully. It is like seeing the flow of history with your eyes, admiring the influences of Moorish aesthetic on the Andalusia architecture.

As we said, the  Alhambra is a complex so there are many areas and some of them we want to be sure you will not miss. Just like the Generalife Gardens.
These luxurious and stately gardens are particularly aromatic in springtime and have colorful flowerbeds, neatly clipped hedges and topiaries, geometric pools and fountains.
The best part though is the Generalife Palace, which rests at the top of the hill where the Emirs would spend their summers in the shade.
The fountains here are able to cool the air as their waters evaporated on the patio’s paving stones. 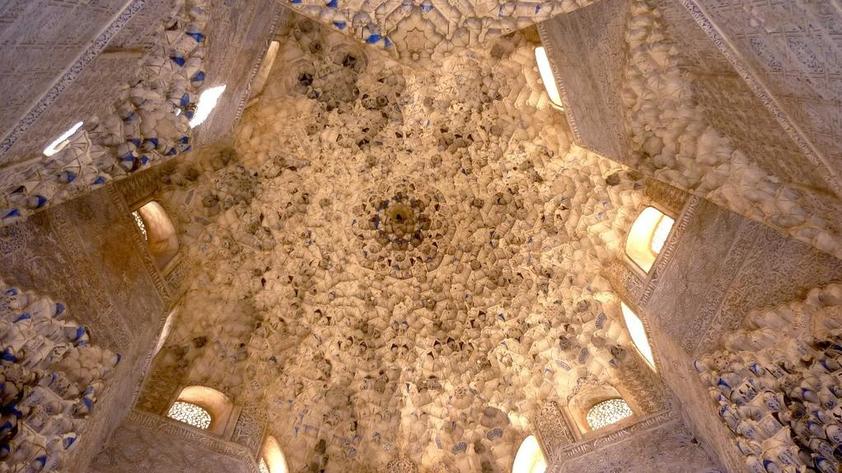 3) Climb up the Alcazaba

The last area you can't miss is the Alcazaba a fortress which is actually the oldest part of the complex.
Also known as the citadel, the Alcazaba is built on the isolated and precipitous foreland which ends the plateau on the northwest. Nowadays, there are just its vestiges which include its massive outer walls, towers, and ramparts.
The 25 meters high Torre de la Vela, the watchtower of the fortress, has a huge historical significance: here the flag of Ferdinand and Isabella was first raised as a symbol of the Spanish conquest of Granada on 2 January 1492.

4) Have lunch in Sacromonte

A good visit to the Alhambra complex can take some hours. So we recommend you to reach the nearby district of Sacromonte, one of the historical quarter of Granada, located on the slope of a hill and in the valley of Valparaíso.
This is traditionally the gypsy barrio and, if you want to spend the night in Granada, you can come back later to attend a flamenco show. At midday, you can walk its narrow streets dotted with its famous cave houses installed in whitewashed caves, while looking for a good restaurant with a nice view over the city of Granada.
And there are a lot of them! Chill out and try some of the local specialties like the tortilla de Sacromonte! 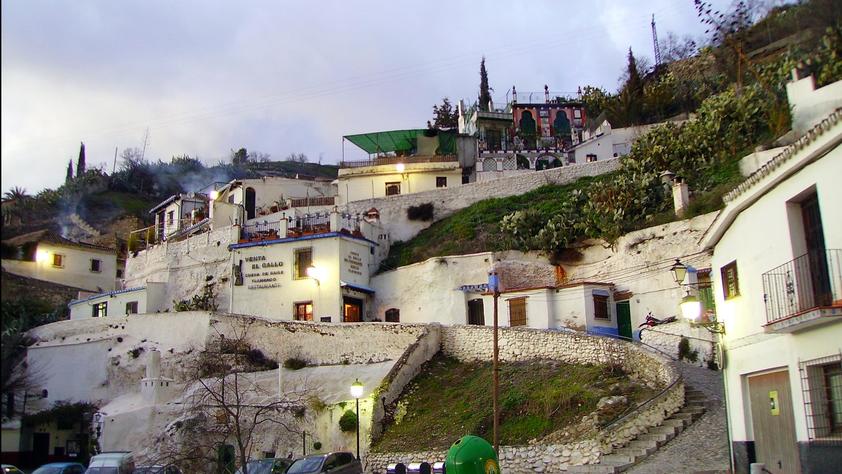 After lunch, a nice walk by the banks of the Darro is waiting for you.
Carrera del Darro is one of the oldest streets in Granada which runs along the Darro river. This picturesque riverside is lined with medieval buildings and humble houses, and it will lead you to the true core of Granada.

Along Carrera del Darro there is a place you can't miss.
They are medieval Arab Baths, one of the few that were saved from demolition by the Catholic Monarchs, as among the Christians they had a reputation similar to that of brothels.
The baths are unquestionably the oldest and best-preserved Arab baths in Spain, and the oldest work of Muslim Granada as well. For this reason, they were declared a National Monument 1918 and restored by the architect Balbas.
Moreover, this ticket called "Andalusi Monuments" will allow you to visit other three Spanish/Arab monuments: Dar al-Horra Palace,  the Horno de Oro House and the Corral del Carbón. And it costs only 5 euros. 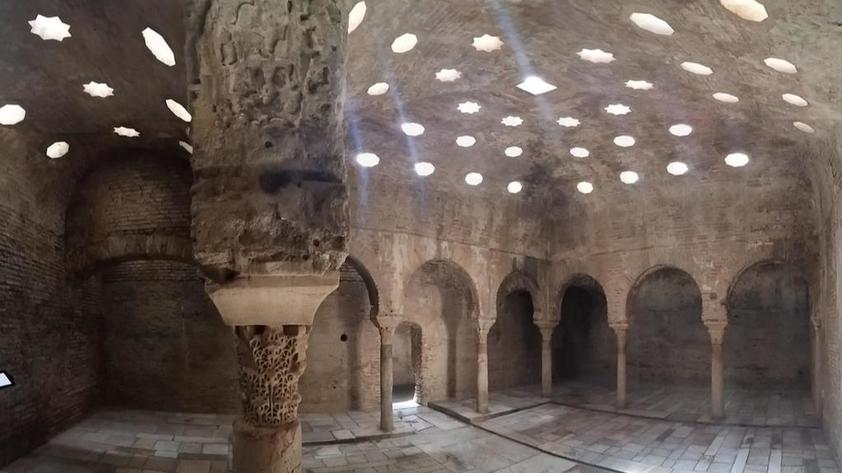 In the very heart of the city, you will find yourself facing the Granada Cathedral, also known as the Cathedral of the Incarnation. It is a majestic complex which dates back to the 16th century. It is also the second-largest cathedral in Spain.
It took over 180 years to be completed, so different styles are visible: the foundations are gothic even if the main structure and interior are from the renaissance.
The person who did redesign the project to find harmony between the styles was Diego de Siloé and his efforts won him a lot of contemporary recognition.

For the last part of the afternoon, we suggest you take a stroll through the unmissable Alcaicera Markets. It's an ancient Arab market in the heart of Granada. The main street runs from the Cathedral and its lined with local shops which sell souvenirs that really represents Granada and Andalusia, such as Fajalauza ceramics, Moorish-style earthenware, hand-painted with blue or green motifs of plants.
This is the right place to end your day tour of Granada and leave the city with a tangible memory.