8 Famous Paintings in the Prado Museum

What are the must-see Paintings in the Prado Museum? Let's find out with this little but helpful guidebook of the Madrid Museum. 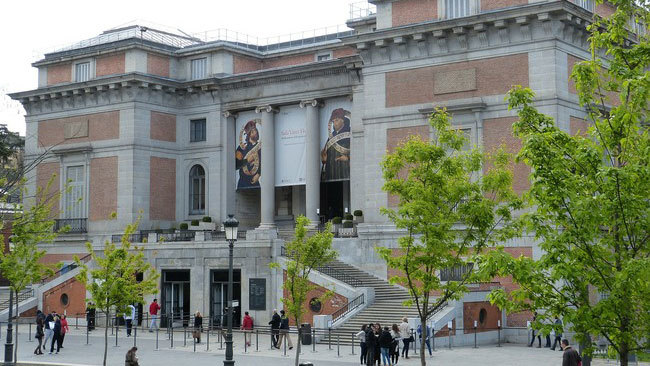 Prado Museum boasts of being the main Spanish National Art Museum which is in Central Madrid. It is universally considered having the world’s finest collection of art dating from the 12th Century to 20th Century. It was established in 1819 and was first regarded as a museum of Painting and sculptures. It now has 8200 drawings, 1000 sculptures, 4800 prints and 7600 paintings and has many of the world’s best works and historical documents. Let's discover the best artworks of the museum: 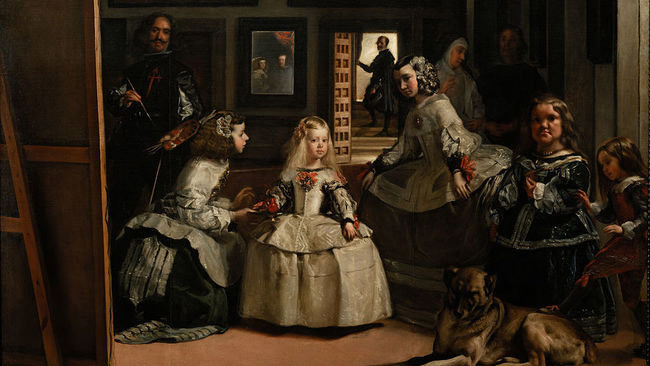 It is a painting by Diego Velázquez, the leading artist of Spanish Golden age. It is a snapshot of a large room in the Royal Alcazar of Madrid during the reign of King Philip IV of Spain. It presents some people who are sitting in different postures. The picture is all about the young Infanta Margaret Theresa who is surrounded by maids of honor, security guards, a dog, two dwarfs and a chaperone. Just behind them, Diego Velázquez signifies himself as to working on a canvas; looking outward beyond the space of the viewer’s standpoint. In the background, the king and queen are seen standing and is placed on the pictorial canvas. Some scholars consider it to be enigmatic and complex which raises questions about the illusion and reality. Because of these intricacies, Las Meninas is considered as the most widely evaluated painting in the Western painting. 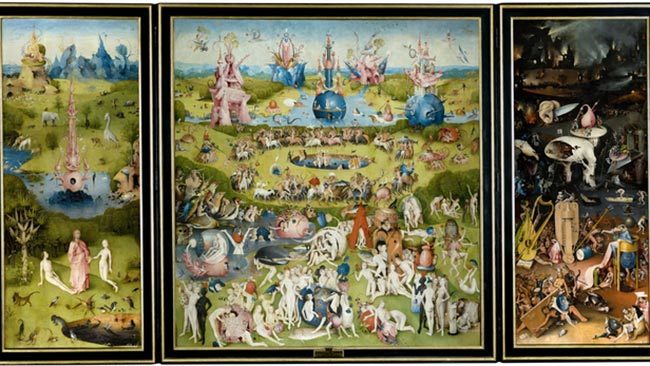 Triptych Oil Painting has received its modern title as The Garden of Earthly Delights on an oak panel painted by the renowned painter of Early Netherlands Master Hieronymus Bosch. The complexity of its symbolism has been analyzed vastly by many scholars over many centuries. The exterior part of the painting is painted in such a magical way that when the triptych’s wings are closed, the design of the outer panels become visible. The most interesting part of the painting is that it reflects a time before the creation of the sun and moon. The outer panel depicts the creation of the world showing greenery of the virgin earth. Many scholars have projected that Bosch used the outer panel to give a Biblical element to the work and the exterior image symbolizes an earlier time than the outer panel. According to another learned scholar, the inner panels explore and convey The Old Testament Notion that before the fall, there is no defined boundary between the Good and Evil and humanity and social life was unaware of the repercussions caused by it.

The Third of May 1808, Francisco Goya 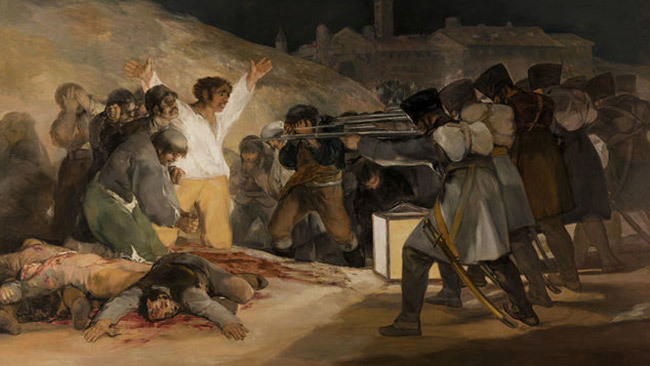 It was drawn by the artist Francisco Goya in 1814. It is said that he desired to be the commemorate of Napoleon’s armies during the Peninsular war. The specialty of the painting is the content, emotional force and the presentation which horribly defines the effects of war. This painting is drawn on an early hour of the morning and centers on two masses of men: one is harshly positioned firing squad and the other as a chaotic group of captivated men held at the gunpoint.
La Maja Desnuda-It was painted by Francisco Goya which portrays a nude woman reclining on a bed of pillows which was probably authorized by Manuel de Godoy. The painting carries many traditional depictions of Spanish Art but the bold gaze in the picture makes a break to the stereotypical Spanish nude drawings.

The Descent from the Cross, Rogier van der Weyden 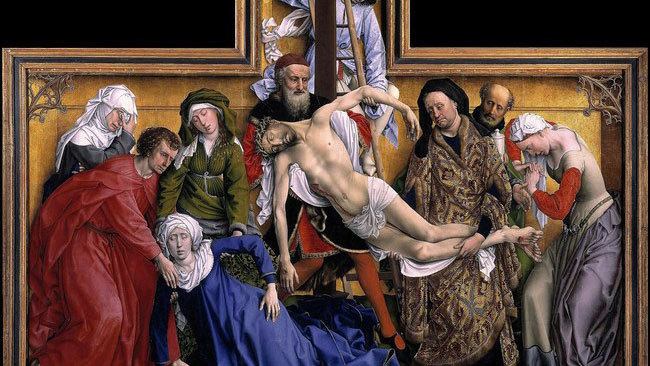 The painter Rogier van der Weyden was behind this masterpiece in the year 1435. The unique style of the work drew much attention during this period as the post was new to the Spanish art. The sentiment is a direct reflection of the mystical devotion expressed by Thomas à Kempis' famous treaties “The imitation of Christ”.
Saturn devouring his son–This name was given by the artist Francisco Goya. This dreadful painting illustrates Saturn feasting upon his biological sons. The child’s head and some part of the left arm is already consumed and the right arm is consumed too. The Titan is on the verge of taking another bite as emerges from the darkness. Many contrasting perceptions have been analyzed: time as the absorber of all things, strife between young generation and old age, the asperity of God and the apologue of the situation in Spain. 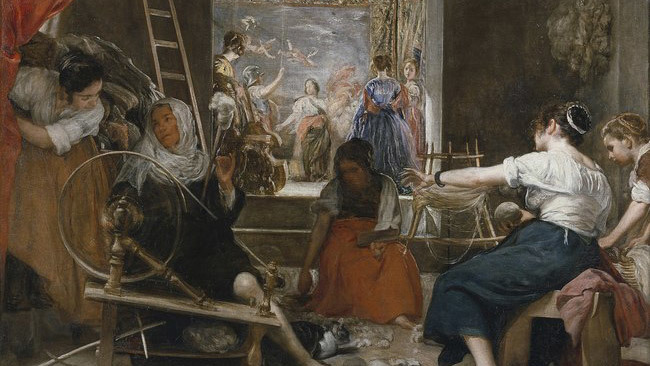 It was painted by the famous Spanish Painter Diego Velázquez. Traditionally this painting depicts women worker working in the drapery workshop of Santa Isabel. It is famous for it entered the weaving competition and it is said that after winning the painter was turned into a spider by the jealous Goddess Athena. 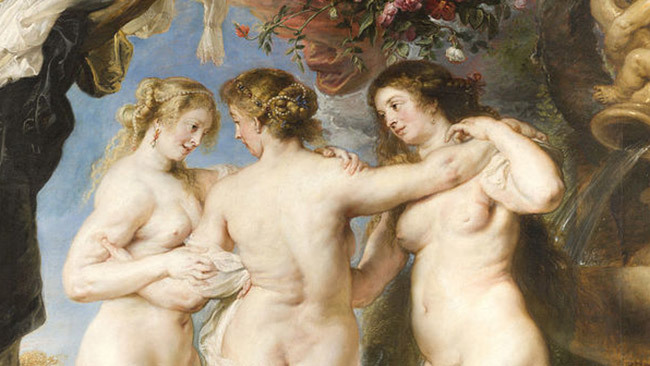 It is an oil painting painted around 1635 by Rubens. It was held by the artist till his last days and after his death, it went to the Royal Alcazar of Madrid and later was hanged in the Museo Del Prado. The Three naked women in the painting represent different stages of development of a woman’s life.

The Second of May 1808, Francisco Goya 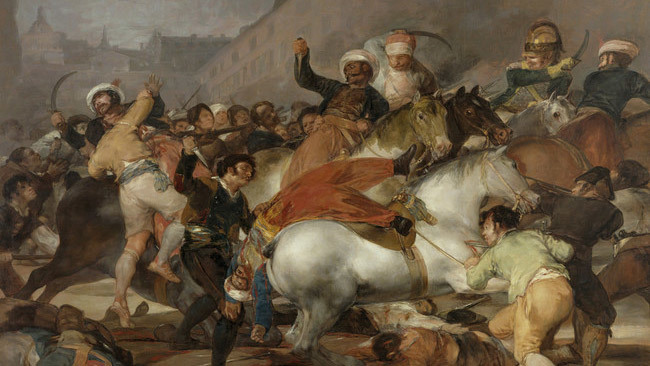 This was painted by the Spanish Painter Francisco Goya who witnessed firsthand French Occupation of Spain. It characterizes the beginning of the uprising of Mamelukes of the French Imperial Guard who ordered to charge and conquer rioting Spanish citizen. The crowd here sees the Mamelukes of the French Imperial Guard which in turn lead to their provoked response. Instead of scattering turned on charging the Mamelukes resulting in a brutal brawl. 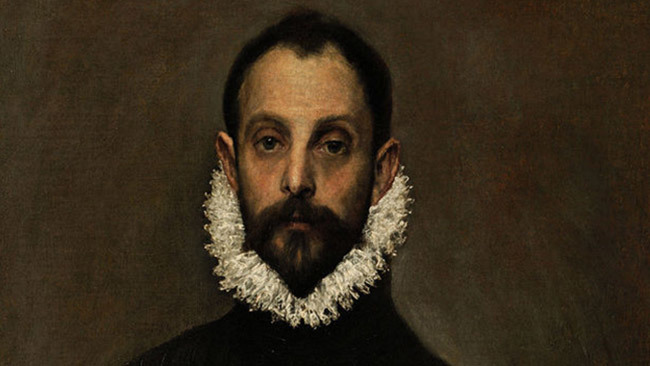 It was later translated into English as” The Gentleman with His hand at His Breast” in an oil painting by El Greco. It was painted during the early Spanish age during 1608 and was different distinguished as the painter painted a series of identical portraits of mysterious gentlemen all being dressed in complementary black and white collar against the brunet background.