To make your trip to Rio de Janeiro unique, be sure to add these 5 things to do and see to your travel list 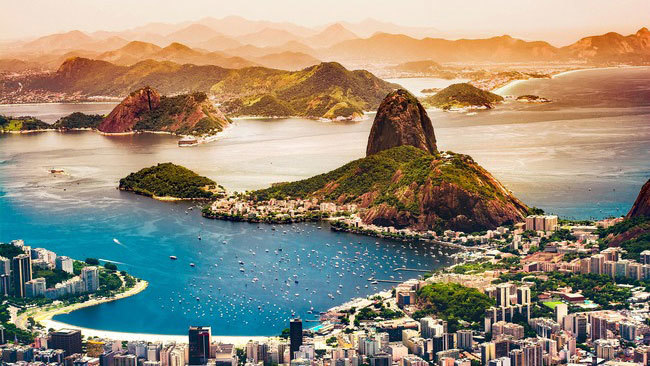 Rio De Janeiro is one of the most visited cities in the Southern hemisphere. Why? Because it’s beautiful.
It is also a huge metropolis and despite its peculiar geology, with hills, mountains, and forest inside the metropolitan area, Rio is one of the largest and most populated cities in the world. You could feel downhearted choosing all alone what to see and what to do in this immense city.

We are here for this reason!

We choose to select only Rio de Janeiro highlights in order to give a clear and simple map of the city to everyone.  Only five places you MUST see, no more, no less.

Before you read the article, take a look at this Rio de Janeiro Highlights Tour on Globol! 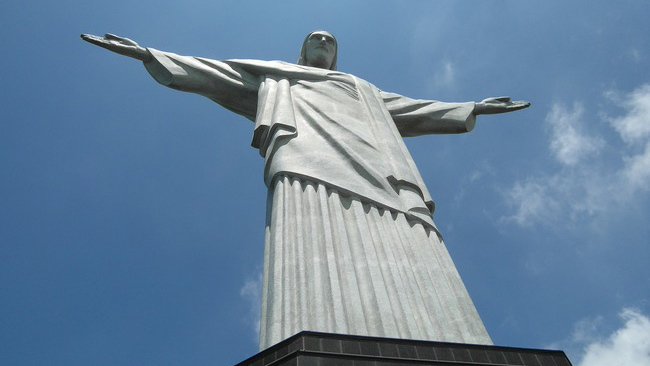 This is not just a symbol for Rio, but for the Brasil as a whole. We can say that Christ the Redeemer is a symbol for the Latin-American Christianity as large. You simply can't come to Rio and do not pay respect to its protector.
Christ the Redeemer statue is a colossus 38 meters tall (eight meters are the pedestal), designed by French sculptor Paul Landowski and built by Brazilian engineer Heitor da Silva Costa, between 1922 and 1931.
It is located on the top of Corcovado mountain, at 700 meters high.  Christ overlooks the city, with his arms open, in a forgiving posture.
There are many giant statues of Christs all around the world, inspired by the Redeemer of Rio: Wikipedia lists more than thirty sculptures!
In recent years, they restored the statue to make it in perfect shape for 2016 Olympic games. Some stunning pictures show how little is the man in front of Christ. 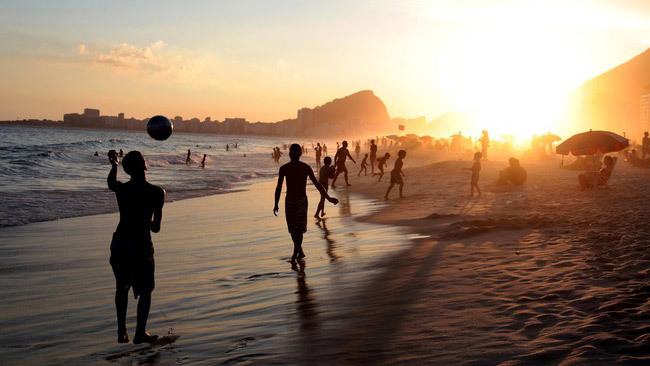 Copacabana is another place "larger than life": just hearing the name makes you imagine an entire lifestyle, a neverending holiday by the sea, chilling out on wonderful beaches.  Copacabana it's not just a beach, but a whole district where over 160.000 people live. And it is a quite peculiar one. You have the sea, then the beach, then the promenade (designed by the great Brazilian architect designed by Roberto Burle Marx) and then a forest of tall residential buildings, eleven to thirteen stories high, built next to each other.
Copacabana it's not the classic "town-by-the-sea", with small white pale houses, the old port, and the fishermen village: Copacabana is the metropolis merging with the sea.
You should come here to see how people can manage to live the regular, metropolitan life, with this tropical paradise just a few steps away! 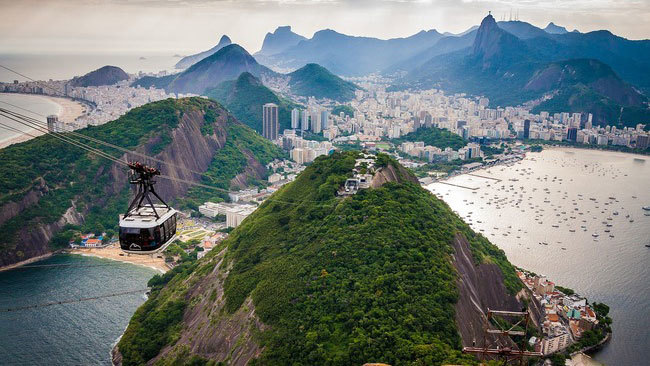 At the mouth of Guanabara Bay on a peninsula, out into the Atlantic Ocean, in front of Rio, there's a weird shaped mountain.
It's the Sugarloaf Mountain, another symbol for the community, a distinctive landmark you can admire from everywhere.
The name "Sugarloaf" was coined in the 16th century because the configuration of the mountain resembles the one of a traditional shape of concentrated refined loaf sugar.
In 2012 became a World Heritage site protected by UNESCO. The Sugarloaf Mountain is famous mainly because its panoramic cableway, inaugurated over 100 years ago. From there, you can enjoy breathtaking views of the city, an experience you can't miss no matter what. 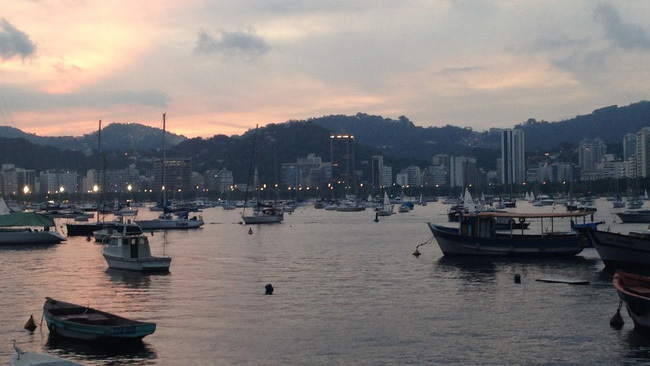 At the foot of the Sugarloaf Mountain, there is the Urca District a historical residential area immersed in the green vegetation.
Here you can feel how the geology of Rio did influence the urbanistic and the way of life. Seems like houses and districts did grow where they could, and Urca is a perfect example. It is a very wealthy district and its history dates back for centuries. The Fortaleza de São João was the first Portuguese settlement in Rio and was established in 1565.
This is a unique face of Rio, the one well sheltered by the mountain and in harmony with nature. 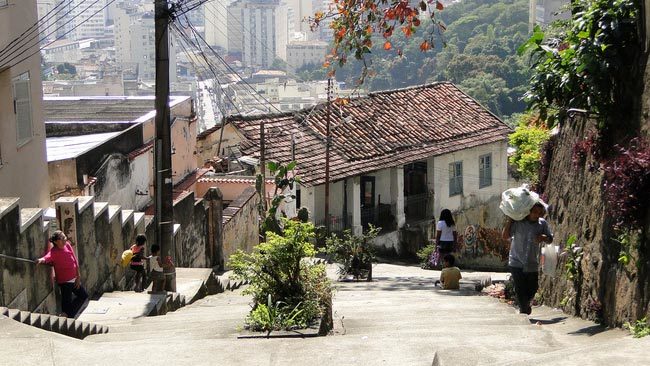 This is another historic district in Rio you can't miss. It does not have roots as ancient as Urca, still, it was built more than two centuries ago, around the Santa Teresa Convent. Santa Teresa District has been just a regular high-class neighborhood for decades, until artists, intellectuals and academics fell in love whit it. Now it is known as Rio's Montmartre and you can spot the bohemian lifestyle everywhere.
The place is a must-see for its wonderful architecture but also because here you can find some great exhibitions, including works of artist such as Matisse, Jean Metzinger, Eliseu Visconti, Di Cavalcanti, and Candido Portinari.